Book Review of When Heaven Touched Earth: The Awakening of 1858 and Its Effects on Baptists by Roy J. Fish

Ask the average believer or seminary student which awakening had the greatest impact on American history and few, if any, would name the revival of 1858-1859. Many remain unaware such a revival took place, though most would remember lessons about the First and Second Great Awakenings. In this work, Roy Fish outlines provides a detailed understanding of the events, spread, and impact of the 1858 revival.

Renowned evangelist and speaker Roy J. Fish served as pastor and evangelist since 1950. Fish began teaching evangelism at Southwestern Baptist Theological Seminary in Fort Worth, Texas, in 1964, a role he continued until his death in 2012 (inside back cover flap and personal knowledge). Recently, Southwestern Seminary honored Fish when it named its new evangelism school as the “Roy J. Fish School of Missions and Evangelism.” He and his wife, Jean, have four children and many grandchildren.

Fish’s volume covers the revival that occurred between 1858 and 1859 and, according to some, continued throughout the rest of the nineteenth century (206). Overall, the work is logically organized, beginning with the background leading up to the revival, then the details of the revival, followed by an analysis and closing comments. However, as will be noted below, this organization is not maintained.

Chapters one and two detail the prominent individuals, places, and events of the awakening by providing a brief history of the revival’s impact on the nation and various denominations. Additionally, Fish discusses the historical, political, economical, and social context that led up to the awakening.

The next five chapters provide the details of the revival—leaders, both prominent and seemingly insignificant—as they occur in every region of the nation. Fish examines how the revival began in New York and spread into Illinois, the South, and the Southwest. He further reveals how prayer meetings served as the mode through which God moved in order to save as many as one million people and change a nation.

Chapters ten and eleven provide additional details about the spread and impact of the revival. Chapter ten focuses on its impact on colleges and universities; chapter eleven outlines a variety of details excluded from previous chapters. Seven appendices conclude the work with statistics, charts, and specific information regarding Baptists.

Fish’s work offers much information to scholars and laity about evangelism, church history, and theological issues. However, it does include various strengths and weaknesses. This evaluation will highlight those strengths and weaknesses contained within this volume. Following this, it will provide final comments stating the value of the work as a whole.

Along with the information about the revival of 1858, Fish’s work contains three strengths. The first is it provides conclusive proof that revivals are the work of God rather than man. Before discussing how the revival spread through the nation, Fish clarifies that, unlike other revivals, this one did not spread through the work of preachers, but spread through prayer meetings that took place independent of each other and. Furthermore, they occurred without knowledge that other meetings resulted in revival (55). Later in the work, Fish states, that “the 1858 awakening is primarily the divine and human story of lives and even cities which were transformed by the power of God” (184).

These two statements, along with the multitude of stories of how prayer meetings led to revival, provide evidence that no human brought about revival. Sociologists could point out that other revivals had prominent leaders such as George Whitefield, Jonathan Edwards, William Tennant, and Charles Finney, who brought revival with them wherever they preached. However, this revival’s lack of a single or small group of strong leaders means that the only common denominator was God. Additionally, the revival broke out in various locations following a similar pattern, despite any human connection between most locations. Therefore, Fish proves that this revival, like others, is not the work of man, but is an act of God in the life of men to bring about spiritual renewal and more salvations.

In proving how this awakening had no strong leader, Fish refutes the teaching of Burns’ about the laws of revival. Burns states that in “all great revival movements” God raises up a leader.1 However, in the 1858 awakening, no such leader rose up. Some individuals may have been more prominent, but none served as the sole leader. Therefore, while most revivals may see the rise of a leader, it cannot be held that “all great revival movements” will have a single or select group of leaders. The only way to maintain such a view is to disagree with Fish that the 1858 revival is a great revival.

The next strength is the list of facts, especially those contained in chapters three through seven. This information allows scholars to evaluate the specifics of the revival in context of other awakenings, especially the two immediately preceding: the First and Second Great Awakenings. Additionally, after reading the statistics, one must agree that Fish proved his theory that the 1858 revival the “most unique” and had the greatest impact on America of any revival before or since (206).

Appendix six provides the third strength of the work, giving the reader with graphs that outline the growth of churches, the Baptist denomination, and salvations associated with the awakening. Those seeking to understand the growth or decline of the church during this time will find this section worthwhile because it provides information in a quick reference format. This will assist research and contributes to Fish’s overall argument, providing undisputable evidence that an awaking took place in 1858.

Fish’s book follows an overall logical pattern: introduce the background of the revival, detail the specifics, then analyze and provide conclusions. Although chapters one through nine follow this pattern, chapters ten and eleven deviate from it. After seeming to close the work with conclusionary analyses in chapter nine, in chapters ten and eleven, Fish resumes the work of chapters three through seven. Chapter ten provides additional history of the spread of the revival, focusing on its impact on colleges and universities. Along with its illogical placement, Fish opens the chapter by stating that most scholars ignore or overlook the impact of the 1858 revival on colleges (169). However, by placing his investigation after his analysis, his structure creates the impression that this aspect of the revival is secondary in importance and not worth considering along with the other aspects.

Appendices one and two continue the deviation from the book’s early structure, with appendix one summarizing the book and appendix two focusing on the revival’s impact on Baptists. It makes little sense to include a final summary as an appendix rather than the final chapter of the main content. Since the book is intended to focus on the revival’s impact on Baptists, as stated in the subtitle, one would expect the content of appendix two to follow chapters eight and nine, where the revival is analyzed. Furthermore, one would expect to find a summary chapter following the analysis.

The second weakness is a breakdown of content structure, found in various sections of the book. The first instance is chapters three through seven which detail the specifics of the 1858 revival, revealing a pattern that Fish repeats many times: prayer meetings are held, many are saved, revival breaks out. Although Fish is bound by the facts of history, his writing style is not similarly bound. As a result, the format and writing style employed contribute to a redundancy rather than a historical flow. Readers tire of reading the same story over and over in which only the names changed.

Chapter eleven provides the second instance of contextual breakdown, caused by the chapter’s title: “1858: A Spiritual Prairie Fire.” One would expect the title to reflect the content and generate interest in the reader’s mind, yet Fish’s title and content generate the opposite results. After reading the title one would expect the chapter to discuss the spread of the 1858 awakening in the frontier. Instead, Fish uses this chapter to discuss events that take place in metropolitan areas, especially New York City. The reader is thus left disappointed having not encountered what was anticipated.

Despite the structural breakdowns contained within the book, the strengths outlined above, and the detailed content of the work result in a book worthy of every student of history, evangelism, and theology. As Fish states, little information about this unique revival was available in a single source prior to the dissertation from which this book is derived (xi-xii). Having proven that the 1858 revival is unique and one of the most influential awakenings in American history, When Heaven Touched Earth is a valuable resource of historical and inspirational material that is recommended for believers, scholars, and others interested in God’s work in human history. 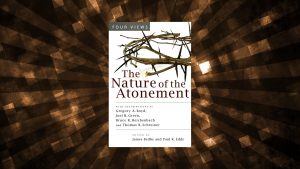 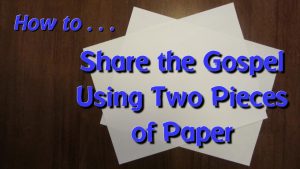 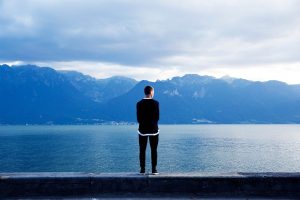 When Human Logic Fails Us

Read More »
John L. Rothra 6 May 2016 No Comments
PrevPreviousChristian Memes: What is Their Real Value and Purpose?
NextEnd the Racism: How Some ‘Conservatives’ Promote Bigotry under the Guise of ‘Information’Next