I ran across a movie preview that seems to be getting some attention online. The movie is called “Jesus Camp” and was released on DVD in 2006. I watched the preview and found myself growing concerned over the movie on various levels.

My initial reaction to the preview was that it presents a negative image of Christianity, salvation, evangelism, and missions. Because of their nature, movie previews use snippets of the film, sometimes taken out of context, in order to compel people to watch the film. The clips used in the preview include:

These scenes, as presented in the preview, create the image of recruiting children to actual, physical war in the name of God. While most evangelicals believe that we fight in a spiritual army against the powers of darkness as taught throughout scripture, this preview creates the impression of more. As a minister, I cannot and do not condone terrorism in the name of God. This is not evangelism as taught and practiced by Christ and the apostles.

Beyond the initial reaction, I also found the clips depicted a camp full of hype and emotion and lacking in sound doctrine or theological teaching. Children were encouraged to shout popular phrases without understanding the deeper meaning behind their cries. One such scene reveals this problem. One young boy, after being asked how long he was saved, states, “At five I got saved because I just wanted more out of life.” Few, if any, five year old children want “more” out of life. The idea of “wanting more out of life” is a phrase that sounds great, but I have yet to encounter a five-year old that has such desires. Instead, as the father of a five year old, I can say that my five year old wants my attention, love, and more toys. She wants to spend time with her grandparents and wants cheese pizza for supper.

When I was saved at the age of nine, I didn’t want “more out of life,” but I did want to spend forever with Jesus. I find the testimony of the boy difficult to reconcile and hard to believe as presented.

Also, although Paul and Christ taught about dying to yourself and giving up your own life for Jesus, these ideas are full of theological significance that few children comprehend. Few adults comprehend them for that matter. Put simply, it means following Jesus first and foremost. It means giving up our own desires in order to submit to the desires of God. It does not mean suicide bombings or any other self-destructive language. However, young children seem to be taught to give up themselves amid calls for war at the camp portrayed in the movie.

Overall, I recommend against watching this movie. Instead, if you are seeking a good Christian film, there are many more that are safe for all viewers. Below is a list of some Christian movies safe for the family.

Facing the Giants, DVD
By Alex Kendrick / Provident Music Distribution
Created by a church in Georgia to evangelize non-believers and encourage believers, this inspiring story about a losing high school football coach with a new game plan will have your whole town talking about trusting God for the impossible! Over three hours of bonus footage includes behind-the-scenes features; “With You” music video; interviews; and Bible studies. (PG.) 111 minutes.

Love’s Abiding Joy, DVD
By Janette Oke / Word Entertainment, Inc.
After their treacherous journey west, Missie and her husband set up their homestead and begin raising a family. Now that the railroad connects the frontier states, Clark and Marty Davis can finally visit their daughter, Missie, and meet their adorable grandsons. But the joyful reunion is interrupted by tragedy. An unforgettable family drama, directed by Michael Landon, Jr. Rated PG (Mild Thematic Elements). Approx. 87 minutes.

Thou Shalt Laugh, DVD
By Word Entertainment, Inc.
Side-grasping, air-gasping, flat-out fun for the entire family! From the producer of A Walk to Remember and The Last of the Mohicans, this hilarious collection of Christian comedians was filmed in Hollywood before a live audience of 5,000 with Patricia Heaton, Thor Ramsey, Taylor Mason, Jeff Allen, and many others on stage. This special edition includes over 15 minutes of bonus footage of America’s funniest Christian comedians! Widescreen. Closed-captioned. Approx. 110 minutes.

The Perfect Stranger, DVD
By Christiano Film Group
Despite her successful career as an attorney, Nikki Cominsky’s life is far from perfect. When she receives a mysterious invitation to “dinner with Jesus of Nazareth,” she accepts, thinking it’s an intriguing prank. What ensues is a whirlwind evening of debate and revelation with a most unforgettable man! Will her life be changed forever? Approx. 105 minutes. 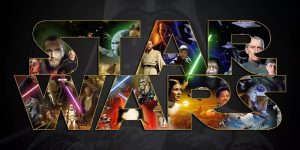 Star Wars vs Scripture: Which Do You Know More About? 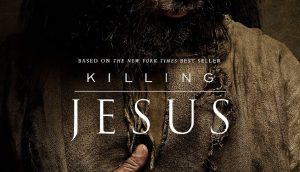 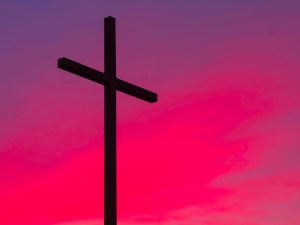