In 1989 Walt Disney released its animated classic, The Little Mermaid.  Just in case you’re not familiar with this tale, it’s about the journey of a young mermaid, Ariel, as she seeks her independence and falls in love.  While the basic story is fairly generic, the movie is entertaining.

I remember watching the movie as a kid.  Like many other boys my age, I had a crush on Ariel.  However, I always thought Belle (1991, not Emma Watson) was prettier and was a better singer (okay, a far, far, far better singer).  But I digress.

Nearly thirty years later, as I look at the world around me, I wonder if that delightful film actually serves a larger purpose.  The more I contemplate the film, the more I realize that The Little Mermaid is a powerful social commentary on culture and human nature.  Beyond that, it provides a lesson that Americans desperately need to learn.

Over the past few decades, American society has become more polarized.  On one side there are the traditionalists, the conservatives, who cry out for the days and values of yesteryear.  They aren’t happy with the younger generation’s attitude, worldview, and desires.  Politically, they want smaller government and fewer social programs.  Socially, they often advocate for traditional values on issues of marriage, abortion, and others.

On the other side there the progressives who wish to go beyond that which they deem old-fashioned and outdated.  They aren’t satisfied with the older generation’s methods, worldview, or desires.  Politically, they tend to favor more social programs and bigger government.  Socially, they are often more liberal on issues such as marriage, abortion, and others.

Then there are those in the middle who want to find a balance between the other two.  They often see and understand both positions, and may agree with certain aspects of each.  Politically they vary, often trying to be pragmatic in their approach.

Despite their differences, the traditionalists and the progressives have two things in common: they want more than they have now, and they see others as dangerous.

Traditionalists believe that their way is the best way, and sometimes the only correct way.  To them, the beliefs and desires of progressives are unhealthy, unamerican, and possibly evil.  Of course, progressives harbor the same opinions about themselves and traditionalists.

As a result, there is little dialog and debate, and instead, diatribes and ad hominems (i.e., name-calling).  Whether it’s in politics, religion, or some other area of society, you don’t have to look far to find this antagonistic, “gimme what I want” mentality.

This is exactly what we see in The Little Mermaid.

Ariel & King Triton: Do it My Way!

One of the most popular songs from the film was “Part Of Your World.”  In it, Ariel sang about how, despite all the things she had, she wanted more.  But more what?

There are three ways to interpret Ariel’s desires:

I often believed that Ariel was being greedy, demanding that, despite everything she possesses, she wanted more stuff.  However, as I read the lyrics and consider the context of the larger story, it’s quite clear that she longs not for more material gain, but to live her life on her terms.  Furthermore, she and her father, King Triton, are fighting for the same thing: to have things on their terms only.

Ariel and her father are pictures of American culture today.  King Triton is a traditionalist who believes this his way is the only way.  Ariel, though, is convinced that her views and desires are best.  This disagreement leads to intense conflict and extreme overreaction.

Triton destroys his daughter’s collection and drives her away.

Ariel runs away, makes a deal with the proverbial devil, and ends up almost losing her life.

In the end, it turned out that in order for things to improve, each had to abandon their “gimme” attitude, animosity, and antagonism.  Both Ariel and her father has to realize that their stubbornness was unhealthy and counterproductive.

At the conclusion of the film, we see that Ariel and Triton reconciled.  While they didn’t agree on everything, they were able to turn away from their “my way or else” attitudes and find common ground on which to build a future.

This is a lesson that needs to be learned today.  However, if social media debates are any indication, it may take a while for us to learn it. 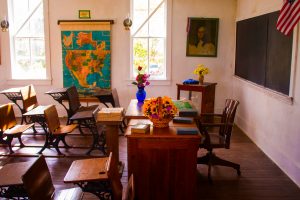 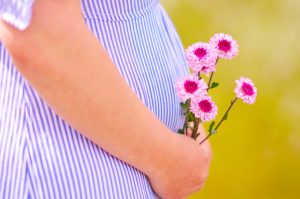 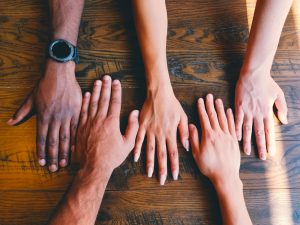