A Case of a Christian Worship Song Devolving into Pop Monotony

Those who know my bass playing style might see the irony of me writing this article.  I’ll explain a bit more in a little bit.

Pop music over the years has received much criticism for being cliché, shallow, and forgettable.  Whether it’s bubblegum music of the 1950s, disco of the 1970s, boy bands of the 1990s, or today’s pop music, it all earned criticism as being bland.  Sadly, Christian music isn’t immune to this tendency toward monotony.  As a result, Christian songs, including worship music, tends to incorporate things or no apparent reason other than that’s what’s supposed to be done.

Well, this week I was introduced to a new worship song (at least new for me) that appears to seek relevance by being like all the others.  As as result, potential beauty is sacrificed at the alter of relevance.  However, before I write further about that song — or even reveal it (don’t scroll down, that’ll ruin the surprise) — let’s look at a historical example of ruining a song by doing the typical thing.

Following the massive success of their debut and sophomore albums, hard rock band Guns N’ Roses released in 1991 their two-disc endeavor entitled Use Your Illusion I & II.  Although there was a clear style shift, Use Your Illusion offered many instances of skilled musicianship and brilliant composition.  That is, except for one song in particular: “November Rain.”

Overall, “November Rain” was not a bad song.  On the contrary, most of it is, I believe, a rock music masterpiece.  From the underlying piano to the orchestra in the background to Slash’s two guitar solos, Guns N’ Roses set a very high bar for rock music composition.  That is, until you get to the end of the song.

In “November Rain,” Axl Rose looks at dealing with unrequited love, using a haunting-yet-beautiful musical composition and vivid lyrics to draw the listener in.  Toward the end, the violins play a descending scale, holding the final note.  Then the piano comes back in, changing the tone, feel, and incorporating typical hard rock power ballad stylings.  Take a listen:

If Axl had simply ended the song on the violins, even extending the chord an additional measure or two, then it would have been the perfect power ballad!  Unique in it’s approach (at least for that day), well written, and masterfully performed.  However, GNR ruined the beauty by being predictable and cliché: beauty died at the alter of being commonplace.

There’s nothing wrong with staying within one’s genre, but one should not be a slave to it.  Also, it’s one thing to create something familiar so people will enjoy it, it’s another to be generic because that’s what you’re supposed to do.

Well, this week I was introduced to the Christian version of “November Rain.”

As I prepared for this week’s Sunday services, we were told there was going to be a new song: “Whatever You Want” by Gateway Worship and Cody Carnes.  I listed to it, listened again, and realized that there was something I didn’t like about the song.  At first I thought it was the a-typical chord arrangement.  Then I thought was the meter.  Finally, I discovered the problem: the bridge!

Carnes’ version of this song had the potential to be fresh, original, and artistic while still staying within it’s genre.  As many worship ballads do, “Whatever You Want” begins very soft, opening with only few instruments.  Then the band comes in during the chorus.  Typical, but classic.

The verses and chorus play off each other musically, creating a subtle but complementary contrast.  The chorus, I think, is especially lovely.  It has a moderate, flowing tempo, wonderful chord structure, and worshipful lyrics.

I’m not sure how the composers envisioned it, but Carnes’ arrangement of the bridge ruins what could have been wonderful.

What began as a flowing, melodic tune morphed into a cookie-cutter, generic worship pop song with a driving beat.  Then that beat is cut only to return to an awful blend of melody and drive inspired, I believe, by the bridge’s arrangement.

It’s quite common to hear driving drums and basses playing monotonous 8th and 16th notes during in contemporary praise songs (which is another problem with many worship songs today).  However, not every song needs to be driven!  In fact, some should abandon that tired archetype, including “Whatever You Want.”  Nevertheless, Carnes created a thematic mess by doing what current music does, and a melodious tune devolved into monotonous pop.

Earlier I indicated that those familiar with my bass playing style would probably see the irony of this article.  That’s because I am prone to using riffs and slides maybe a little too much (I’m working on that).  That said, “Whatever You Want,” like “November Rain,” changes styles in the song so much so that it takes away from the beauty of each.

I’m sure that there are some of you who really love Carnes’ arrangement.  I may be part of a very tiny minority, and that’s okay.  Regardless, I’m sure there are songs, Christian or secular, that you think were too common, too commercial, and too boring.  Comment below which they are, share it social media. 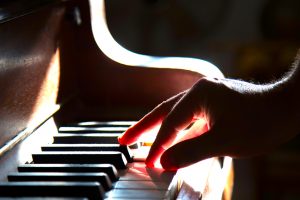 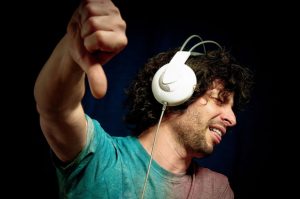 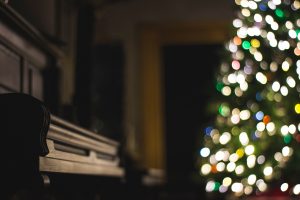 The Top 12 Carols of Christmas (According to Me)

Read More »
John L. Rothra 7 December 2016 No Comments
PrevPreviousPartiality: The Sin that Keeps Being Promoted
NextBook Review of The Rise of the Nones by James Emery WhiteNext