I’ve been re-watching episodes of Cheers on Netflix.  If you’re not familiar with the show, it’s a very popular 1980s sitcom set in a local Boston neighborhood bar that featured a variety of relatable characters.  Even if you’ve never watched the show, I’m certain you know it’s theme song:

As I watch through the series, it seems that there are many things churches today can learn from Cheers.

No, I don’t mean churches should serve beer, though Norm would be the first in the door if they did.  Rather, there are certain aspects of the atmosphere and characters the show depicts (and the song wonderfully captures) that churches should emulate.

So, here are five lessons churches can learn from Cheers.

Nobody’s perfect, and at Cheers, nobody was expected to be (well, except maybe Sam in his own eyes).  Patrons were regular folks living regular lives being regular people.

They laughed, they cried, they chided, and they encouraged.

If you had a problem, you were free to share it.  If you had a wild idea or opinion, people wanted to hear it (even if it was just to laugh at you, but that was part of the experience).

Churches should be this way.  Too often we expect people to be on their best behavior, always smiling, always happy.

Instead, people should be free to express their joys and sorrows.  Church should be a safe place to vent, praise, sing, and cry.

This leads directly to the second lesson churches can learn from Cheers.

[bctt tweet=”Sometimes churches & Christians are more fake than the characters on a TV show. #authenticfaith” username=”jrothra”]

Lesson 2: People Disagreed without Being Judgmental

Sometimes it seems like some of the most intolerant people are in churches.  Disagree, well then, you’re not knowledgeable enough, not holy enough, or not even Christian enough.

People in Cheers had their disagreements.  They had their fair share of all out screaming matches.  In the end, though, they didn’t let those differences of opinion divide them.

Churchgoers, however, are some of the quickest to split over the stupidest, most minor things.  Sadly, in many churches, if one person has a different opinion–if they don’t conform–then they are deemed somehow inferior.  Even worse, some may say they aren’t even saved!

Those who came to Cheers had vastly differing opinions.  Sometimes they had heated arguments.  In the end, however, they remained friends.

This leads me to the third lesson.

Lesson 3: People Supported Each Other

The folks at Cheers chided each other quite often.  Nevertheless, they were friends and would step in to support and help each other in times of need.  In season 2‘s episode, “Li’l Sister Don’t Cha,” Cliff falls in love with Carla’s flirtatious playgirl sister, Annette.  When they discover Cliff is going to propose, they intervene to try to save him from the inevitable rejection and heartache.  In season 6‘s “I on Sports,” the gang encourages Sam in his desire to be a sports commentator despite his abysmal performance.

When one member of the group needed help or backing, their friends at Cheers were there.  Churches should be this way.

As Christians we should cheer on those who pursue a dream, even offering direction and advice to help them in their passion.  We should also be willing to speak the truth in love to them when we know they are going down a harmful path.

In short: churches should be a place where people support each other, not tear each other down.

We now come to one I think many Christians often overlook . . .

[bctt tweet=”Churches should be a place where ppl support each other, not tear each other down. #christianliving” username=”jrothra”]

Lesson 4: People had a Sense of Humor

Ever told a funny story to your Christian friend only to have them look at you in disapproval?  Ever seen someone attempt a practical joke, just to be rebuked for their childish or unchristian behavior?

Sadly, it seems that some Christians sacrifice their senses of humor at the cross of Christ.  Nowhere in the Bible does it say Christians are to be humor-free, fun-free, and devoid of a sense of humor.

Now, I’m sure many would point to Christian comedians as counter-evidence to my point.

Yes, there are Christian comedians, some funnier than others (and some downright unfunny, if we’re honest).  Yes, many Christians laugh at their jokes and churches invite these professional entertainers to perform.  Outside of this entertaining subgenre, however, humor can be harder to find.

Satire, practical jokes, a good friendly ribbing, and sarcasm were everyday activities on Cheers.  Among some churchgoers, however, these things are shunned as unfriendly and unchristian.  I only ask, “according to whom?”  Not the Bible.

Rather, churchgoers should be free to laugh and enjoy good, clean, friendly fun.

Lesson 5: They were Friends

This is less a separate “lesson” and more like a culmination of the previous four.

Because of their friendship, they picked on one another, but at the same time supported each other.  Yes, though fought, but they also cried and laughed together.

Churches and churchgoers should epitomize this.

In truth, Cheers was a television program and, thus, the characters were written a certain way.  Nevertheless, as I stated before, sometimes churches and Christians are more fake than the characters on the screen.

The people at Cheers were imperfect people dealing with life.  Churchgoers are no different.  It’s time we came together in love and friendship and be the light that shines the gospel truth to others. 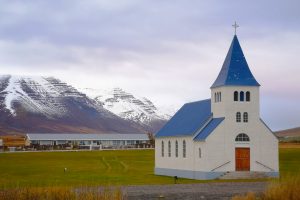 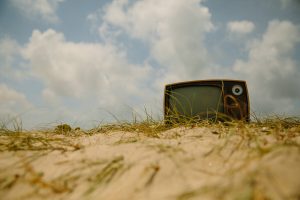 What Happened to Quality TV Advertising?: 9 Good and Bad Commercials 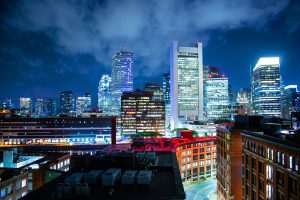