The Christmas Drama: A Story of God at Work in Individual Lives

The story of Christmas is the story about the birth of Christ and how it fulfilled multiple prophecies. It is also a story teaching us how God works in our lives. Paul wrote that we were created for good works, “which God prepared beforehand” (Eph 2:10, ESV). The divine drama about Jesus’ birth reveals how God works to accomplish the wonderful things he has planned in our lives and for our lives. Spanning two Gospels, this very special drama is presented in four acts: setting the stage, preparing the people, getting into position, and the climactic event. Over the next few days, we’ll look at each of these four, beginning with Act 1.

“God has a plan for your life.” “For I know the plans I have for you . . . plans to prosper you” (Jer 29:11, NIV). These phrases are often used to remind people to live out God’s plan for their lives. But what does he have in mind for us? What does he have in mind for you? Do you know? Do you know how to find out what it is? The Christmas story provides insight into discovering and living out God’s purpose for your life.

God is the ultimate planner—he planned out creation, he planned out salvation, and he planned out the purpose for you and me. The drama of Jesus’ birth shows God’s planning at work. Before the event took place, Luke records in chapter one how God set the stage. As he always does, he sets the context—the setting—before the event itself. He gets the stage set: prepares the costumes, hires the supporting cast, and decorates the stage materials ready (backgrounds, props, etc.). The same goes for our lives.

Before the birth of Jesus, the drama of that holy night begins with Zacharias (NASB; Zechariah in NIV and ESV) and Elizabeth in Luke 1. Zacharias was a priest, but most likely not one of the elite or prestigious Temple priests. He probably didn’t lead a mega-synagogue, nor did he author a national best-selling book. He was most likely a country priest—a small church pastor you might say—but a faithful one. He spent his life trying to do the best he could, yet still suffered embarrassment because he had no heir, no son (something not looked on highly in Jewish culture).

Both he and his wife, Elizabeth, were up in age, yet remained without child. Nevertheless, they did the best they could to follow the law and remain faithful.

One day, while performing his duties in the Temple, an angel showed up in church. He told Zacharias that he would, in fact, have a son who will be the “forerunner” of Messiah:

17 “It is he who will go as a forerunner before Him in the spirit and power of Elijah, TO TURN THE HEARTS OF THE FATHERS BACK TO THE CHILDREN, and the disobedient to the attitude of the righteous, so as to make ready a people prepared for the Lord.” (1:76-79, NASB)

Shocked by this news, and in disbelief, he expressed doubt. As a result, the angel said he would remain dumb (unable to speak) until the baby is born. Soon after, Elizabeth became pregnant, and nine months later gave birth to a son. As directed, she said he would be named John. The family questioned this name, so Zacharias wrote down that, despite tradition, the child would be named John. At that point, “his mouth was opened and his tongue loosed” (Luke 1:64, NASB).

76 “And you, child, will be called the prophet of the Most High; For you will go on BEFORE THE LORD TO PREPARE HIS WAYS; 77 To give to His people the knowledge of salvation By the forgiveness of their sins, 78 Because of the tender mercy of our God, With which the Sunrise from on high will visit us, 79 TO SHINE UPON THOSE WHO SIT IN DARKNESS AND THE SHADOW OF DEATH, To guide our feet into the way of peace.” (1:76-79, NASB)

The angel told Zacharias what God had on store for his son and his role in the coming of Messiah. Zacharias then praised God, pronouncing to all the role of his son, John, in God’s divine Christmas drama. Clearly, God was setting the stage for Christ! He was setting things in motion. Zacharias and Elizabeth noticed it, but they were not alone:

65 Fear came on all those living around them; and all these matters were being talked about in all the hill country of Judea. 66 All who heard them kept them in mind, saying, “What then will this child turn out to be?” For the hand of the Lord was certainly with him. (1:65-66, NASB)

Notice something in these verses: those around Zacharias and Elizabeth realized that something was going on. They couldn’t pinpoint what it was exactly, but they knew God was doing something. They recognized it and talked about it. Word spread throughout the community that something was happening, and people got curious.

When God has something in store for us, he gets things ready for us to act. He sets the stage, sets things in motion, and creates the perfect environment for us to do his will. Quite often, as seen in this first act of the Christmas drama, the preparations themselves can give a clue into the event. Put simply: knowing what God has in mind for you requires noticing what God is doing around you.

What stage God setting for your life?

Next: Act 2: Preparing the People 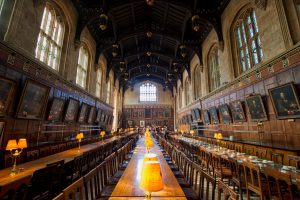 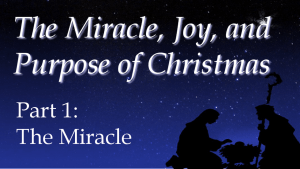 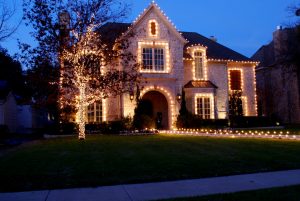