Over the past century and a half—and more rapidly under the past two administrations, one Republican, one Democrat—the US Constitution has been used to justify actions that would make King George, whom the Declaration of Independence criticized, look like a libertarian. In the name of security, freedom, and all somehow based on the document that outlines individual liberties, our government . . .

Yes, King George would be proud of the oligarchy we’ve created over the decades, especially during the last two administrations. In stark contrast to the colonists who rebelled over a 2% tax on tea, we now applaud a 20% tax on income. Wherein the Founding Fathers would regularly discuss God, the Creator, the Divine, and even as recently as the mid-twentieth century, religion was a staple of public life (i.e., Roosevelt constantly mentioned God over the airwaves), but now anything resembling a religious symbol, speech, or even allusion is demonized, and the government wants to silence it.

We have drifted so far from our roots that we have have cut ourselves from that which provides our nourishment and strength. Nevertheless, people gather every fourth of July to celebrate the holiday through gluttony and gunpowder, bowing to the altar of barbeque grills, beer, and bottle rockets. All the while, we sing and praise freedoms that are slowly vanishing.

The United States, once the beacon of freedom, liberty, and opportunity, is no longer truly free. According to the Heritage Foundation’s economic freedom rankings, the USA is not “free” but merely “mostly free,” and even then we don’t top that list! In their list, the USA comes in at an appalling number twelve. The six nations listed as “free” and their overall freedom grade:

The “mostly free” category is topped by Chile, Mauritius, Ireland, Denmark, and Estonia (former Soviet Union nation), each of which are listed as more free than the USA, which receives an overall grade of 75.5 (that’s a C in most schools, failing in doctoral programs). These findings are supported by other studies.

The Huffington Post reported on a Fraser Institute study that found the United States to be the seventh most free nation in the world in 2013. In February of this year, the New York Daily News reported that “[t]he U.S. fell 13 places to No. 46” out of 180 when it comes to freedom of the press.

Politicians have for years called for the US to export freedom and liberty around the world, and it seems that we have been successful in many respects. However, as we’ve exported freedom, we’ve failed to maintain it here at home. Regardless, we sing about the “land of the free” in our national anthem and celebrate freedom each July, but we can no longer claim to be the freest nation in the world. Rather, we are slowly watching our freedoms vanish, disappearing faster than a coin in a magicians hand.

As we celebrate this year, we must not celebrate blind to the truth of our declining freedoms. However, we should not celebrate in hopelessness, thinking the trend is irreversible. The people of this nation once before threw off the chains of political tyranny, oppression, over-taxation, under-representation, and a ruler bent on power, and the people of this nation can once again. The means of renewed liberty? We must rediscover the founding documents as the Founding Fathers intended, not as some elites say tell us. Most importantly, we must return to a faith in God and the Christian principles the Founders affirmed, even if they rejected the Christian doctrines of salvation and Jesus’ deity. 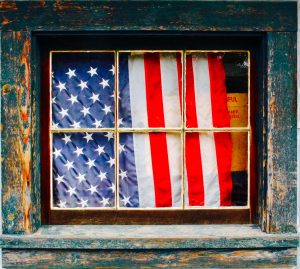 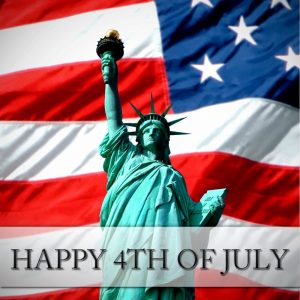 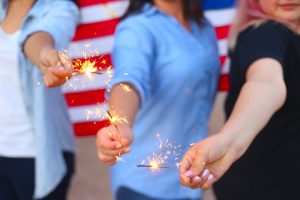