An opinion piece published by the Longview News-Journal on July 11th attempted to make a naïve case against Christians’ stance against homosexuality. The writer erroneously argued that the Bible teaches that because Jesus paid for sin, the Old Testament is null and void. Thus, the biblical condemnations of homosexuality are also null and void.

There are two issues at stake in the author’s argument. First, his understanding of the relationship between Jesus and the Old Testament (also called the “law”). Second is his ignorance of New Testament teachings. Many falsely reference Romans 10:4 to believe that the Old Testament no longer has any relevance or role today. Four leading translations seem to imply this:

For Christ is the end of the law for righteousness to every one that believeth. — KJV

Christ is the end of the law so that there may be righteousness for everyone who believes. — NIV (1984)

For Christ is the end of the law for righteousness to everyone who believes. — ESV & NASB

The keyword here is “end” (Gk, τέλος). A cursory reading of the English seems to indicate that the law is ended, that is, it is concluded and no longer valid. However, that is not the meaning of “end,” whether in Greek or English.

According to A Greek-English Lexicon of the New Testament

Clearly Paul was not discussing money, thus definition five is not in mind, but any of the other four are possible. BDAG rightly sees either definition one (“a point of time marking the end of a duration”) or three (“the goal toward which a movement is being directed”) as the most likely, and the context seems to support that conclusion. However, which is it, one, the other, or both? Here other passages are illuminating.

In Jesus’ time, these same questions arose. Speaking to those who believed Jesus abolished or voided the Law, Jesus said,

Matthew 5:17
Think not that I am come to destroy the law, or the prophets: I am not come to destroy, but to fulfil. For verily I say unto you, Till heaven and earth pass, one jot or one tittle shall in no wise pass from the law, till all be fulfilled. — KJV

Do not think that I have come to abolish the Law or the Prophets; I have not come to abolish them but to fulfill them. I tell you the truth, until heaven and earth disappear, not the smallest letter, not the least stroke of a pen, will by any means disappear from the Law until everything is accomplished. — NIV (1984)

Do not think that I have come to abolish the Law or the Prophets; I have not come to abolish them but to fulfill them. For truly, I say to you, until heaven and earth pass away, not an iota, not a dot, will pass from the Law until all is accomplished. — ESV

Do not think that I came to abolish the Law or the Prophets; I did not come to abolish but to fulfill. For truly I say to you, until heaven and earth pass away, not the smallest letter or stroke shall pass from the Law until all is accomplished. — NASB

What this tells us is that Jesus is not the conclusion, or the cessation, of the law, but the accomplishment, fulfillment, or goal of the law. In other words, the law pointed to the coming Messiah (Gk, “Christ”), and Jesus is that Messiah. Furthermore, the law is a shadow anticipating and indicating what is to come: the forgiveness of sin through the shedding of perfect blood (cf. Heb 10:1). Jesus is that perfect blood, that Messiah though whose death sin is forgiven. The author further affirms this fulfillment or goal aspect of “end” in that Hebrews shows that Jesus accomplished what the law anticipated; Jesus fulfilled what the Old Testament prophesied about him.

Based on the larger New Testament teaching, when Paul says that Jesus is the “end” of the law, he does not indicate that the law is voided or annulled, but that the law has been fulfilled, its goal has been achieved. Because the goal has been achieved in Jesus, we are no longer bound to the rules of the law. However, the law continues to have a purpose: revealing sin, showing our great need for forgiveness, and teaching us about our sinfulness and God’s righteousness (Rom 7:7).

The author of the opinion piece published by the newspaper claimed that the Old Testament is voided (a common argument). However, we see that the law is not voided, but fulfilled. The “end” of the law does not mean the cessation of its role, meaningfulness, or value. Rather, the “end” is the accomplishment of all it anticipated: the redemption of sinners to God through the shed blood of the Messiah.

This takes us to the second popular claim of many who support homosexuality: the prohibitions in the Old Testament are no longer valid. This ignores the teachings of the New Testament:

Blessed are those who hunger and thirst for righteousness, for they shall be satisfied. — Matt 5:6, NASB

Therefore you are to be perfect, as your heavenly Father is perfect. — Matt 5:48, NASB

These passages are a small portion of those that call on Christians to be holy, righteous, and perfect. That is, we are to avoid sin. Other passages tell us that this is possible only through faith and dependence upon God through the Holy Spirit. If homosexuality was a sin in the eyes of God in the Old Testament, then it is still a sin under the New Testament, otherwise the unchanging God changed his mind, righteousness, and character (cf. 1 Sam 15:29; Mal 7:21; Heb 13:8).

Both the Old and New Testaments teach God does not change and his children are to be righteous and holy. Furthermore, contrary to the false claims of some such as Bill O’Reilly who say that condemnation of homosexuality is limited to the Old Testament, the New Testament does address that issue:

Therefore God gave them over in the lusts of their hearts to impurity, so that their bodies would be dishonored among them. For they exchanged the truth of God for a lie, and worshiped and served the creature rather than the Creator, who is blessed forever. Amen. For this reason God gave them over to degrading passions; for their women exchanged the natural function for that which is unnatural, and in the same way also the men abandoned the natural function of the woman and burned in their desire toward one another, men with men committing indecent acts and receiving in their own persons the due penalty of their error. — Rom 1:24-27, NASB, emphasis added

Paul quite clearly calls sexual activity with someone of the same gender (men with men, women with women) “degrading,” “unnatural,” “indecent,” and an “error.” Without jumping through rhetorical and semantic hoops, the language in both Greek and English is quite clear: homosexual behavior is a sin.

Three responses to this passage that I’ve run across are:

I’ll address these one at a time. First, the idea that Paul said this and not Jesus makes no difference, unless one chooses to divide Scripture into part to accept and parts to reject. If the argument is that the New Testament never addresses homosexuality, which it clearly does, then one must deal with this passage since it is part of the New Testament. Furthermore, if one believes that the Bible is the inspired Word of God, including all books of the New Testament, then one cannot reject one book and accept others. Also, there are many things Jesus did and taught that were not included due to the lack of space (cf. John 21:25). Finally, to argue from silence is foolish, like building a house with no foundation except air. Jesus taught much on morality, sin, and what it means to be holy. He often stuck to larger principles rather than addressing every specific; most of the specifics he addressed were illustrative or in response to direct questions. Those who divide Paul and Jesus are created a false dichotomy in order to fit their own personal, sinful views.

Others, though, argue that there is no “strong” rejection of homosexuality, only mild refutation. This argument is almost unworthy of a response. It’s like a child saying to her parent after disobeying them, “You said you wouldn’t advise it. You didn’t outright say ‘no.'” The phrases “degrading,” “unnatural,” “indecent,” and “error” clearly show that the behavior is wrong. The juvenile semantic argument for rejecting Paul’s teaching is just that: juvenile. If a child asks a parent, “Can I do this?” and the parent says either, “I don’t think so!” or “No,” the answer is the same: no.

The third response is the newest one to me: it only applies to heterosexuals, not homosexuals. This is a case of hermeneutical gymnastics, or what is called eisegesis, i.e., reading one’s views into a text. There is no indication that Paul is thinking of heterosexuals versus homosexuals. Rather, he clearly states that sexual behavior between individuals of the same gender is “unnatural,” not unnatural for only some. Furthermore, one need only look earlier in the chapter to see that Paul has two groups in mind: sinners and the righteous. Sinners are those who reject Christ, the unrighteous are those who do not; sinners do what is wrong in the eyes of God, the righteous seek to obey God in faith. The same group that committed the sinful homosexual acts are also,

In short, God revealed himself to all people through his creation (general revelation). Thus, Paul is not talking about a subgroup within humanity who are doing unnatural acts, he is talking about any and all people who engage in homosexuality as people committing sin.

Despite the evidence in Scripture, people will reject the truth because it doesn’t fit their passions and desires. Rather, they will ignore the truth, twist the truth, and refuse to seek God (Isa 53:6; Rom 1:18-25; 3:10-18). Jesus told his disciples that people who live in sin choose to stay in sin:

This is the judgment, that the Light has come into the world, and men loved the darkness rather than the Light, for their deeds were evil. For everyone who does evil hates the Light, and does not come to the Light for fear that his deeds will be exposed. — John 3:19-20, NASB. 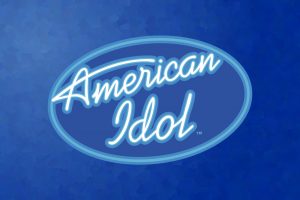 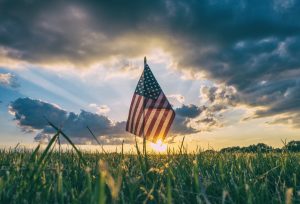 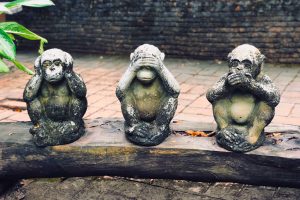