Life Lessons Every Person Should Discover (or Rediscover)

One is never too old to learn something new about life. Whether one is a child, teenager, young adult, or senior citizen, there is always something new to discover or rediscover.

During the past few months I’ve relearned a few life lessons that, I believe, every person needs to read once again. Some came through personal reflection, some through the counsel of friends and family, and some through my pastor, Glynn Stone (at Mobberly Baptist Church).

Lesson 1: The past does not determine the future

I’m a Buffalo Bills fan. Their past is depressing. They are the only team to go to four Super Bowls (two against the same team back-to-back), but lost every single one. The 2014 season is the first time in a decade they have had a winning record. They had the longest playoff drought in the NFL. Then there’s the “Music City Miracle” (or more accurately, the Music City Mistake“). Did I mention four consecutive Super Bowl losses?

Well, after a long history of let downs and failures, there was finally some hope. The Bills had a chance to make the playoffs this year, but then lost to one of the worst teams in the NFL, crushing their playoff dreams. Nevertheless, they at least had a winning season, but then their head coach abruptly quit. Now they are searching for a new head coach to lead the team.

On the one hand, one can be a huge failure and then finally succeed. Thomas Edison had many failures before he finally developed a working light bulb. Ulysses S. Grant was never seen as a success – last in his class (or close to it), no future in the military, and a bad military strategist – but then won the Civil War.

On the other hand, one can be a huge success then fail. Jimmy Johnson took the Dallas Cowboys to multiple Super Bowl victories, but later failed to take the Miami Dolphins to the big game. Ron Johnson was a success as CEO of Target, then was a failure as the chief executive at JC Penney.

The same goes in life. I’ve had successes and failures in life, jobs, and ministry. Whatever the reason for the success or failure, it’s not whether one wins or loses, it is what one learns from the past that can be applied to the present and the future.

I have experienced much in my forty years of life, both in where I’ve succeeded and in where I’ve failed. As I look back, I have learned things about myself and my abilities. As I move forward, it is my intention to apply those lessons.

The past does not determine the future, but the lessons learned from the past do have an impact.

Lesson 2: Nothing goes according to plan

One quick note: this lesson does not apply to God. Things always go according to God’s plan. For us mere mortals, however, things never go exactly the way we planned it. We always have to adjust, if only slightly, based on some unforeseen event or situation.

As someone who likes planning things out, the truth of this lesson is quite annoying. When my wife and I moved to California, I planned out the trip, down to the very cities where we would stop for each night. When we moved to Florida, we planned out the journey (though not as much as before).

Many people plan when it comes to finances. We save for vacations or for that new purchase we want to make. Retailers also make financial plans through sales projections and daily sales goals. However, things never go exactly according to plan.

When my family went to Disney World in Orlando, Florida, many years ago—back when Hollywood Studios was in the initial construction stages and Animal Kingdom was a newly introduced idea—things happened along the way that required adaptation. First, it rained while trying to enjoy the Magic Kingdom. On the way home, my grandfather had heart trouble and had to go to the hospital. Through it all, we adjusted, we learned, and we moved on.

A few years ago my wife and I had to make radical shifts to our initial plans. While pregnant with our son, what was supposed to be a routine 36-week checkup turned into an emergency C-section and three weeks in the NICU. We adjusted, we learned, and we moved on.

Individuals, companies, and churches often make plans for the future. People envision getting certain jobs, companies plan on specific sales goals, and churches plan for future ministries and tithe receipts. Whatever the plans, it is inevitable that things will not go exactly as planned. It may require only a small adjustment, or it may require totally rethinking things. Regardless, it’s not the plan that matters, it’s what is learned that matters more.

A deacon’s wife once told me, “Never ask God for patience because he’ll always make you wait for it.” In our broadband, 4G, on-demand world, patience is a forgotten—and sometimes hated—virtue.

Our pastor, Glynn Stone, just started a sermon series called, “In the Waiting Room.” The first sermon in the series, “Ready, Set, Wait,” discussed the concept of waiting in God. He emphasized that, as the disciples learned right before Pentecost, sometimes God calls on us to simply wait on him. This requires patience and the faith to trust his sovereign will and sovereign timing.

Sometimes God wants us to simply wait on him. God may moves us somewhere only to say, “Now wait here.” Meanwhile, we should spend time in his word, in prayer, and in finding ways to evangelize until he declares, “Now is the time.”

I suspect—though I can’t prove it—that one reason God puts us through times of waiting is to enable us to reflect on what we’ve been through. It’s quite possible that God uses waiting periods to allow us to learn from our past. Such reflection can be difficult, but it can be healthy if done in submission to God. Then we learn not merely concepts, but life lessons that positively impact our future.

Life involves learning. No matter one’s age, there are always lessons to be learned or relearned. There are always things to discover or rediscover. In this article I’ve outlined three life lessons I’ve recently relearned. It is my hope and prayer that those lessons help me be a better person, better husband, better father, better Christian, and better minister. More importantly, I hope they help me grow in my relationship with and trust in God. 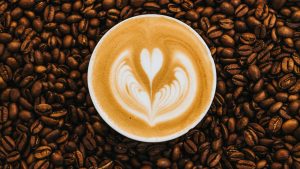 When We Like the Aroma of Christianity, but Don’t Want to Drink It 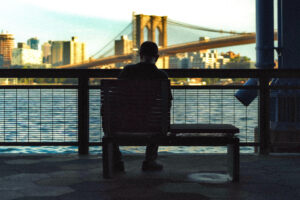 Using the Hero’s Journey to Understand the Christian Journey, Part 3: The Struggle 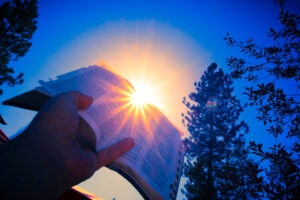 Using the Hero’s Journey to Understand the Christian Journey, Part 5: The Victory