Is America Following Israel’s Example in the Book of Judges?

The book of Judges outlines events and people that occurred between the death of Joshua (Moses’ successor who led the Hebrews into the Promised Land) and the establishment of Saul as the first human king of Israel (God was always their King of kings). During this time there was no single national leader and no centralized governmental system. Rather, each tribe was responsible for conquering its own respective regions. Additionally, God appointed judges, or local leaders, to help conquer certain enemies, but they were neither kings, military commanders, nor prophets.

Many Christians are familiar with some of the judges highlighted by the Samuel, the traditionally accepted author, especially Deborah, Gideon, and Samson. However, when you step back from these individual stories and see the book as a whole, you begin to see that Judges is not merely about individuals, but that it’s about Israel as a nation.

As I read through this book, focusing less on the specific stories and more on the larger narrative, I realized that, in many ways, ancient Israel foreshadows modern America, especially American Christians. Both had tremendous opportunity to be continually blessed by God, yet each chose a different path. In this article I’ll summarize what God has shown me, beginning with an overall outline of the historical work.

A Broad Overview of Judges

The general outline below is from “Notes on Judges,” which is part of the series “Constable’s Notes” by Dr. Thomas L. Constable, Senior Professor Emeritus of Bible Exposition at Dallas Theological Seminary.

Israel’s Deteriorating Relationship with God
Faithfulness during Joshua’s Life vs. Faithlessness After (2:6-23)

What Judges Reveals about Israel: A Nation Bent on Sin

As stated earlier, the book of Judges takes place between the time of Joshua’s death and Israel’s first king, Saul. Judges were not military commanders, but were civil servants appointed by God to help meet local needs. Many commentators roughly compare them to mayors of today.

Samuel divided this historical work into three sections, each of them showing a striking similarity: God’s people repeatedly chose sin over sacredness. Section one (1:1 – 3:6) provides the background and buildup to Israel’s perpetual and ever increasing apostasy. Section two (3:7 – 16:31) outlines at least six apostasies. Section three (chs 17-21) goes back to the time soon after Joshua’s death, and shows how quickly Israel abandoned God and dove head first into sin.

What I believe God has shown me is that, while section three is conspicuously bracketed by a single phrase, sections one and three bracket the whole book. Thus, this larger bracket (also called “bookends”) provides the overall theme for the work: Israel quickly chose its own path instead of God’s path.

Section 1: Israel Abandons God for Its Own Ways

Joshua had just died. There was no single military leader, but instead each tribe was responsible for conquering their respective regions. God was to be their king and they were to be God’s people. Israel, however, had other plans.

[pullquote]This nation that once followed God now followed themselves. Instead of seeking divine providence, the people sought worldly idols.[/pullquote]

Upon entering the Promised Land, the Israelites were to conquer those who occupied the region God promised them through Abraham, Isaac, and Jacob. That’s not what happened, though. Just like Eve, who thought she could achieve godliness her own way instead of God’s (Gen 3:6), Israel thought they could accomplish God’s will their own way. Rather than conquer the enemy, some tribes chose accommodation, peace treaties, enslavement, or mutual cohabitation. While those ideas might seem noble in our eyes, that was not God’s will. Rather, God said to conquer, not coddle.

In order to appease and cohabitate with her enemies, Israel adopted false gods, heretical practices, and abandoned God’s righteousness for a righteousness of their own. This was not an accident. They did not fall into sin. Rather, the Israelites chose this sinful path.

What was the result of their blatant disobedience and prideful ways? First, Israel faced ongoing conflicts with the other peoples. Second, the Israelites turned away from the one true God, Yahweh, in favor of other gods and beliefs.

To put it simply: the people did whatever they deemed was right in their own minds (the same message of section three).

Section two outlines at least six apostasies committed by Israel during the time of the judges. When you step back and look at them as a whole, a clear pattern arises: sin, judgement, cry for help, judge raised by God. Also worth noting is that repentance is only expressly mentioned following the fifth apostasy.

Throughout this time period—which spans about 300 years—Israel continually and stubbornly chose to follow false gods instead of Yahweh. God did not take this lightly, but judged the people every time, causing them to be attacked by their enemies. So severe and willful was their repeated apostasy that following their penitence in chapter 10, God called them out for superficial repentance (10:11-14).

To put it simply: the people constantly turned away from God, seeking him only when they were in trouble. They worshiped false gods, but expected Yahweh to come to their rescue when things went bad.

Section 3: Israel Did What They Thought Was Right

Two phrases stand out in section three: “Israel had no king” (17:6; 18:1; 19:1; 21:25) and “the people did whatever seemed right in their own eyes” (17:6; 21:25). The first is repeated throughout; the second brackets the section. Together, these phrases reveal two things. First, Israel rejected God as their king, causing them to spurn his commands. Second, because they rejected God’s authority, the people did whatever they deemed was right, even if it was a sin (this is also the theme of section one).

As a result of their Eve-like rebellion, Israel embraced immoral and heretical behavior (e.g., homosexuality, worshiping idols). Furthermore, they misapplied God’s law and fell into civil war. Finally, to rectify their own evildoing, they sought legal loopholes in God’s law, and in the name of righteousness, they promoted violence, kidnapping, and rape.

To put it simply: the people justified their actions as acceptable instead of seeking God’s will.

Summary of Judges’ Portrayal of Israel: A Nation of Idolaters

Israel was a nation founded on God’s word. They were built on the foundation of God’s teachings. Israel was blessed by God.

Israel abandoned God, choosing instead to follow their own will and their own ways. They justified their sin in the name of God and bowed at the feet of false idols. Thus, Israel was judged by God.

This nation that once followed God now followed themselves. Instead of seeking divine providence, the people sought worldly idols. Whether it was their own logic and values, personal wealth, or pagan gods, Israel turned away from Yahweh. Even worse, they justified their own actions as righteous, expecting God to bless their sinful actions.

This path outlined in the book of Judges, though 3,000 years old, is not unique to Israel. America is walking that same wretched road of perdition.

What Judges Reveals about America: Another Nation Bent on Sin

Samuel clearly was not writing about the United States when he penned the book of Judges: Israel was his subject, and the Israelites were his immediate audience. However, God is also the author of Judges. Thus, I believe, he was writing specifically about Israel and generally about any nation who follows Israel’s path, including America.

During the time of America’s birth, wise men read the Word of God and found that he outlined specific principles on which a new nation should be formed. The Founding Fathers—despite their individual imperfections and personal disagreements—established the United States on the principles found in Scripture. Even today, most Americans believe there is a “special relationship” between God and the USA.

This nation, however, has not remained faithful to those principles or to the Creator, Yahweh. Like the Israelites long before them, Americans have turned away from God and adopted false idols. Sin has been deemed righteous, and too often American Christians expect God to bless our sins.

America, including American Christianity, is often defined more by material gain than by Christ-like love. Although most Americans don’t bow before literal idols, many do worship false gods. We exalt the gods of greed, individual liberty, political correctness, and countless others.

America redefined sin as acceptable and even righteous. Homosexuality is considered natural and, according to some, would even be blessed by Jesus. Though murdering adults and rape are still condemned, abortion is common place, and recently it seems there may be some who support trafficking dead baby parts.

Supposedly God-fearing people misquote Scripture with reckless abandon, even citing a passage of judgment due to pride as a promise of blessing and hope.

Christian leaders openly engage in the heresy of syncretism, that is, the blending of biblical truth with other beliefs, creating a false religion. Instead of combining the Canaanite deity Baal with Yahweh, many leaders today blend greed and personal gain with the gospel of Jesus, creating the fallacious, even heretical, “Prosperity Gospel”.

Summary of Judges’ Portrayal of America: Another Nation of Idolaters

America was a nation founded on the Word of God. It was built on the foundation of the principles outlined in God’s teachings. America was blessed by God.

America abandoned God, choosing instead to follow her own will and her own ways. She justified her sin in the name of God and bowed at the feet of false idols. America will be judged by God. 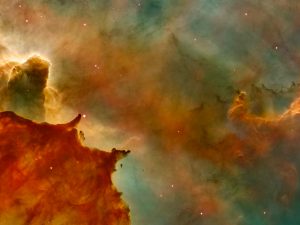 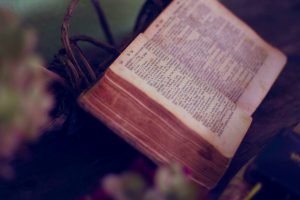 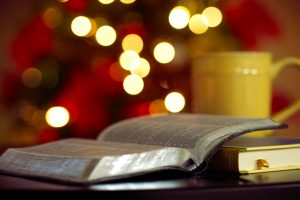