All around the nation this Thursday, people will gather around the dinner tables, stuff themselves full of tasty food, watch football, and ask each other what they are thankful for. Prayers will be offered, laughs shared, and naps taken. People from Maine to California, from Michigan to Texas will gather and say thank you for various things they have in life. Genuine gratitude, though, requires appreciation; one cannot be grateful for a thing unless one appreciates that thing. Or as the band Cinderella put it: “You don’t know what you got till it’s gone.”

What is true in love is true in life, including Christian life. Chapter nine of Isaiah records a prophecy often associated with the end times and the final victory of God’s people over their enemies. As a result, they will worship and praise God for what he has done. Verse nine reminds the original audience and us about the relationship between appreciation and gratitude.

Isaiah writes this in a poetic style, providing some clues into its interpretation. The phrase “that day” refers to the day of final victory over the enemies described in the first eight verses. The quoted line is a song that will be sung. The song’s structure (see below) uses parallelism to describe the gratitude of the people. Each line begins by naming God, then man’s relationship, then an action (God’s action in the first line, man’s response action in the last).

Each part of the song begins by naming God, but the author switches from Elohim (Hebrew for God) to Yahweh (God’s personal name, often translated “LORD”). This goes back to verse 1-8, where both names are also used to designate God. Each of these names not only identify specifically which deity (the Hebrew and Christian God), but also to describe the character of God. Elohim relates to God as the all powerful, all knowing creator who is perfect. This is in contrast to the other gods (the word el is used for them). Yahweh is God’s personal name. It reflects the personal nature of God, his faithfulness, and is immutability (he is unchanging). The personal nature is further indicated by the personal pronoun “our” preceding Elohim. Thus, the one to who the people show gratitude is the faithful, perfect, unchanging creator (transcendence) who wants a personal relationship with them (immanence).

After identifying the object of their gratitude, Isaiah describes their relationship to him: they waited (“trusted” in the NIV) for him. The people put their future in the hands of their God. They believed he would act, and now awaiting that action. They trusted him, waited on him. He alone is their hope.

Next, Isaiah describes the action of God and the reaction (or more accurately, the response action) of God’s people. The prophet states that the people waited on God believing that he might save them from their enemies. This hasn’t yet happened, but they believed that—if God so chose—he would rescue them, redeem them, and preserve them forever.

It is interesting that while the action of God is included with the first line, the response action of man is moved to a line of its own. This seems to indicate that the response is in relation to the rest of the song: they responding to the eternal, supreme God whom they trusted to save them. Their response action is to praise God for the salvation he gives. They rejoice in him, worship him, glorify him, praise his name, honor him, sing his wondrousness, and proclaim his grace.

What This All Means

From this song, we see Isaiah teaching his readers—then and today—about the nature of gratitude. Gratitude involves recognition and response. The people of God first recognized who they were thanking and what he did. God saved them. God protected them. God restored them. God saved them. They trusted in him, and the faithful one came through because he is God.

Because they recognized who God is, their relationship to him, and his gracious act of salvation, they responded in gracious praise. Gratitude poured out from them like water through a strainer. Like Old Reliable himself, songs of thanks and praise erupted from their hearts and mouths. Their response was genuine gratitude to the one who saved them.

It’s easy to say thank you to someone; it’s harder to be grateful for that someone. This Thanksgiving, before you say thanks, recognize what it is you have and appreciate it. But don’t appreciate only the gift, but also the giver. Only when you truly recognize the value of the gift and the graciousness of the giver can you be grateful. As you spend time with family and friends, don’t just say thank you, but be truly grateful. 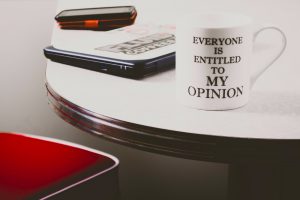 A Healthy Approach to the Calvinism Debate 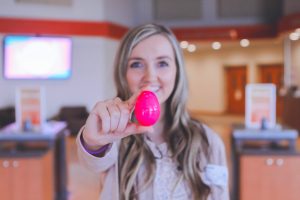 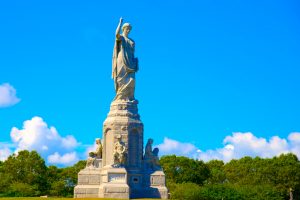