There is truth, and there is biblical truth. The two are not synonymous, yet both are gravely needed. With the rise of relativism in the postmodern era, truth died.

Before I continue, let me define a few terms:

This article is not intended to enter into a detailed philosophical debate over the nature of truth as a concept, nor is it a scientific study or treatise. Rather, it briefly shows the weakness of relativism and argues that we need truth today—and that we need biblical truth even more.

As already stated, the two are not synonymous, but they are related. Not all truth is biblical truth, but all biblical truth is truth. For example, it is true that all chloroplast is green. That’s universal, factual, and thus truth. However, it is not biblical truth. A biblical truth would be “God exists” (again, denying a truth does not make it untrue, just unbelieved).

The Need for Truth, not Relativism

There are many truths and biblical truths that the world rejects. Rather, many prefer to live by their own truth – what is true for them. This leads to all sorts of ethical, moral, and civil issues. Let me illustrate the problem with an example.

After leaving the store, you return to your car only to discover that someone has broken into it and stolen your valuables. You call the police and report the crime. However, you discover that the perpetrator claimed that he was hungry and needed the items to sell so he could purchase food. Therefore, in his worldview theft is acceptable and morally good. You, however, do not agree.

In this example there are a few issues involved. First, truth is relative. What is true for you (i.e., theft is wrong), is not true for him (i.e., theft is okay if it serves a need). Who is right? Who is wrong? If you force the person to be arrested and jailed, are you not simply forcing your truth upon him? Are you forcing your beliefs on him? Conversely, if you cannot punish him, then isn’t his truth and beliefs being forced on you? We have a dilemma.

Let’s take that problem to a greater extreme. If someone slaughters a dog, cat, or even a baby as a sacrifice to their deity, what do we do? Most would say that’s wrong. However, if truth and morals are relative, then it is acceptable for him to commit that heinous, violent act. Whose truth should be followed?

Some say, “truth is decided by the community.” For the sake of argument, let’s assume that is true. Some Muslim extremist communities believe it is moral truth to slaughter non-believers, deny women equal rights, and kill innocent children. The American community rejects these. Whose truth is right? Can America force its community-determined truth on those Muslims, or should we remain silent because truth is relative?

The Need for Biblical Truth, not Religious Pluralism

Pluralism? What is that? Put simply, it is the idea that multiple religions can be correct, even if they are contradictory. However, contradictory truths cannot coexist, for one is right and one is wrong. It cannot be that there is no supernatural being (atheism), and yet God exists (Christianity, Judaism, Islam). Furthermore, it cannot be that only those who accept Christ go to heaven (Christianity), and yet one can earn salvation apart from Christ (all other religions, karma).

Today the church has begun to surrender biblical truth—especially the gospel truth—in the name of tolerance, acceptance, public opinion, relativism, or whatever. However, while Christians and churches move away from biblical truth, the world remains under divine judgment (cf. John 3:18).

What truths are Christians rejecting?

The world today is on fire. Chaos is rising, and Christian persecution is in the rise. The greatest problem in the world is not poverty, war, violence, or social injustice. The greatest problem in the world is sin, and the only solution is the gospel. The world needs biblical truth today more than ever. The world needs a church willing to engage in evangelism more than ever. Jesus needs us to follow him. As I have told people many times, 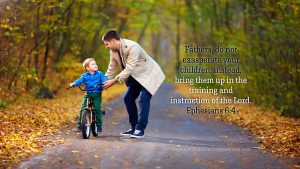 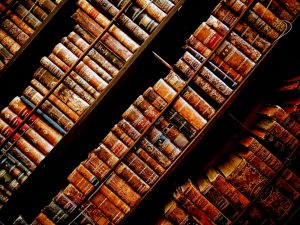 When Theology Interferes with Theology 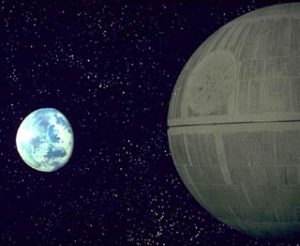