What I Discovered about Turning a Sermon Series into a Book

The success of an author, artist, or other creative person is generally not in their debut work, but in their second release.  I released my debut work, 1X Evangelism, in 2015, only to see the publisher go under.  No worries, though, because I made some revisions and re-released it this year as an ebook.

One small book does not a successful author make.  Besides, as someone who enjoys writing, I wanted to put out more books.  The question though: what do I write about?

It’s not like I’m a famous pastor or author (though I do work for one, Dr. Tony Evans).  There’s not a high demand for my work, at least not yet.

As with any creative, my second release will be more revelatory.  I’m not back to my question: what do I write on?

Then the idea came to me, like a sign from, well, somewhere.  I’ll turn my sermon series on Romans into a book!

It’s like it was ready-made.  I have a subject, chapters, even a rough draft manuscript already there.  All I need to do is transcribe the audio, make a few edits, and it’s ready to go.  I even have a title: Walking the Road of Faith: One Man’s Journey through Romans.

The first step was to get the audio transcription.  Amazon has a service that does this, so I tried it out on the first sermon.  I was relatively pleased with the results.

Sure, there were incorrect words and a lack of punctuation, but that’s easily fixable.  Overall, it was easier than spending hours listening over and over again to the audio, one phrase at a time.

As I started making edits, turning the speech into literature, I discovered quite a few issues to this seemingly simple undertaking.

I needed help, so I turned to Google.

Converting Sermons to Books is More Difficult than Expected

After reading the opinions of those who do this for a living, I made some interesting discoveries.  First, speech and text are distinct creatures.  How people listen and how people read are quite different, and thus how people write and how people speak are also different.

Second, there are a lot of nuances in sermons (or any spoken word) that don’t translate well into text.  In this first sermon, I humorously exaggerate the size of some prescription pills using hand gestures.  How do you put that on paper and maintain the humor?  You can’t.

Third, the success of books that began as sermons is quite low unless you’re already a famous preacher.  Well, I’m not famous.  So, this was disheartening.

Fourth, the process is time consuming because the recommended approach is to pretty much rewrite the sermon from scratch.  However, instead of composing a speech, write a book.  The original sermons can provide a very basic structure or theme, but the transcript should be ignored.

It’s my hope to be able to do this, but it’s going to take a while.  I have no deadline.  I don’t even have a time table.

In the meantime, maybe I’ll just focus on the blog and devotional videos. 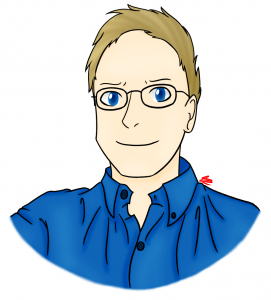 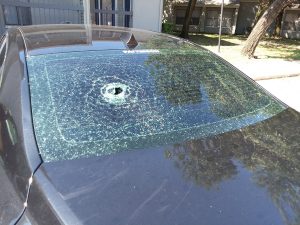 Hail Damage that Totaled Cars is a Blessing in Disguise 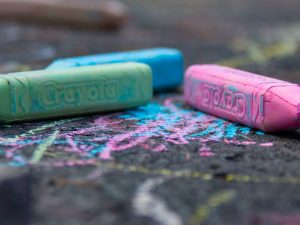