4 Ways to Use Videos other than as Sermon Illustrations

Many pastors use videos in their sermons.  I’ve used them myself.  They can be engaging, entertaining, and educational.

If you’re looking for videos, and your church doesn’t have the ability to produce their own, I recommend Worship House Media and Sermon Spice (both part of the Salem Church Products family).

One of the most common ways videos are used is sermon illustrations.  The preacher makes a point and, rather than telling a story to illustrate it, he shows a video instead.

However, videos can serve other purposes as well.

Use Videos to Count Down to the Start of a Service

While most might know what time the service begins, not everyone watches the clock.  Video countdowns are a visible and pleasant way to let people know that the service will soon begin.

Countdown videos come in a variety of lengths (though 5 minutes is relatively standard) and styles.  Some have sound, some do not.  You can get interactive countdowns that engage the congregations, or basic clock-style countdowns.  Personally, I prefer silent, basic countdowns.

If you don’t want to make your own, you can find many countdowns from Worship House Media and Sermon Spice.

Use Videos as Sermon Introductions

The introduction to speech, whether a lecture, sales pitch, or sermon, is supposed to garner interest.  It’s role is to answer the question, “why should I listen?”  Trying to come up with a creative, engaging way to get a listener’s attention every week can be daunting.  Videos are a powerful solution.

I can’t remember where I read or heard it, but someone once said that if you use a video every week, it’ll lose its impact and be ignored.  While there may be some truth behind that, I’m not convinced.  We live in visual world.  Video, unlike a speech, grabs one’s attention.  If someone tunes out, they probably would have tuned out anyway.

I’m a fan of videos as sermon introductions for three reasons:

My pastor uses videos for sermon intros every week, and I find them quite effective.  People don’t get bored with them.  Rather, they watch with interest, at least at the beginning.  The videos grab our attention and quite often keep it (yes, well all tune out some, let’s be honest).  However, at our church, videos not only introduce the sermon, they also serve the next purpose.

Use Videos to Allow People to Transition on the Platform

Like I said, my pastor uses videos to introduce sermons, but they also serve as a transition between the music and the sermon.  While people’s eyes are directed toward the screens, instrumentalists and singers are able to leave the platform in a less distracting manner.

Is this a perfect solution?  No.  The congregation can still focus more on the band members leaving than the video playing.  However, the video provides a more effective transitional period than someone talking, and an infinitely better alternative to stopping the service while people move around.

A final use of videos other than sermon illustrations is to invite people back after the service is over.  This can be even more effective if background music is playing in the video as well.  I’ve rarely seen this being used, but there are videos available for this purpose.  Our church does a slight variation on this, playing the announcement slides and background music at the close of the service.

So, those are four ways you can use videos other than for sermon illustrations.  Does your church use videos in creative ways?  Comment below and share it! 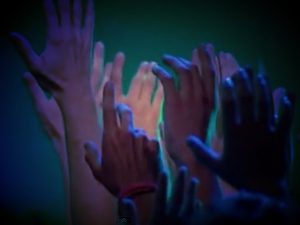 Can a Church be Too Evangelistic? 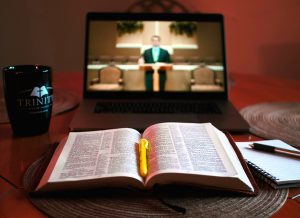 4 Reasons Churches Must Grow their Online Ministry after COVID-19 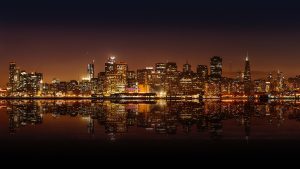