What Churches can learn from the Buffalo Bills: Part 1, New Staff Members

During the 2015 NFL off-season, the Buffalo Bills gained a new owner, Tony Pagula (who was already known to the Buffalo sports community), and new head coach Rex Ryan. Within a few days of hiring Ryan, the Bills organization released a video highlighting how the new coach was brought into the fold and made part of the family.

Although he talked about some roots in Buffalo, Rex Ryan was an outsider, albeit a familiar one. He spent many years coaching the division rival New York Jets whom the Bills faced twice each season. Furthermore, Ryan had seen limited success early with the Jets, but ultimately failed as their coach.

So, the Bills brought in this new guy whose reputation for boisterousness preceded him, a man who had spent years working to defeat the organization he was now called to lead. However, as the new coach, the Buffalo Bills wanted to ensure that Ryan was welcomed into the organization and became part of the Bills family.

When a church calls a new staff member, be it a music minister, youth leader, or senior pastor, he is often an outsider with limited—if any—connections to the community. Regardless how extensive the interview process, the church and new staff member do not know each other, yet this man is called to lead and is expected to quickly become part of the church family.

Churches Should Take the Initiative

The process of developing relationships requires time. How much time depends both on the new individual and the church who calls him. Sometimes the new staff member is extroverted, which can help shorten the time; other times, the new leader is introverted, and thus finds it more difficult to develop new relationships.

For the church’s part, some are extroverted and open, helping create a welcome environment for newcomers (on a side note: it’s common for members to view their church as loving and friendly while visitors or new staff encounter the polar opposite). Other churches are more reserved and emotionally closed, which makes starting relationships quite difficult.

Many church members expect the pastor to take the initiative and try on his own to become part of the church family. As I stated, if he is an introvert or the church is emotionally closed, then this process will take a long time, much longer than many churches will probably tolerate. This process becomes even more difficult when the staff member has a young family because, by default and biblical calling, they will take priority.

Although both parties play a role in bringing new staff members into the fold, I believe that the church who calls the individual bears the responsibility of initiating the new staff member’s orientation and entry into the family. It is here that the Buffalo Bills have much to teach churches because this is what the Buffalo Bills did, and it appears to have worked wonderfully.

The Buffalo Bills’ Approach is a Model for Churches

After Rex Ryan was hired as the new head coach of the Buffalo Bills, members of the organization’s staff intentionally escorted Ryan to various locations around the Bills facilities and the Buffalo community introducing him to staff and people in the community. They didn’t spend merely a single day doing this, or just a couple hours. Rather, they spent many days rolling out the proverbial red carpet to Ryan, opening their arms to him, and helping him feel like he was genuinely loved, wanted, and part of the family.

Often times, many churches will hold one Sunday afternoon potluck fellowship as a means of welcoming a new staff member, especially a new senior pastor. While this is acceptable, it is insufficient. If one steps back and observes such fellowships they will discover that members will generally limit their fellowship to their friends and family, and they might shake the hand of the new staff member. There’s no real introduction, no folding the new staff member in, and no helping him learn about the church and community (at least not beyond demographics and tourism guides which do little). Instead, the leader is expected on his own to make himself part of the family.

The Bills did not leave Ryan on his own hoping that he would somehow, all by himself, become the community leader they needed. Rather, they said, “Welcome to the family! Let us show you everything and show you off to everyone!” The Buffalo Bills took initiative and it worked. Churches, too, should take initiative.

Church leaders (e.g., deacons, pastors/elders, other leaders) should spend months—yes, months—inviting the new staff member and his family to dinners and events (I don’t mean formal church fellowships). During that time, they should take the new leader around the community and introduce him to leaders in businesses, politics, and civic organizations. This says to the community that the church cares about the staff member and that they are proud of him or her.

When a church calls a new staff member and depends on an ineffective potluck fellowship and the staff member’s own personality, then they are telling that individual that they don’t really matter, aren’t really welcome, and thus set a foundation for frustration and probably even failure. Rather, by taking initiative, churches can create a strong foundation of love, comradery, and family. 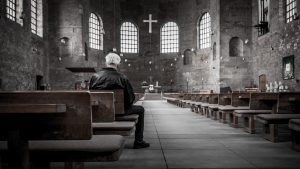 9 Things Your Church Should Do to Improve Visitors’ Experience 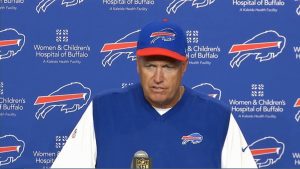 What Churches can learn from the Buffalo Bills: Part 2, Talk vs. Action 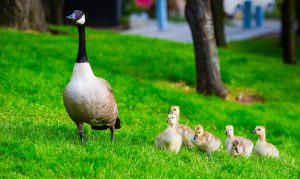 Read More »
John L. Rothra 16 May 2010 No Comments
PrevPreviousSong Lyrics According to Our 5 Year Old
NextWhat Churches can learn from the Buffalo Bills: Part 2, Talk vs. ActionNext