Partiality: The Sin that Keeps Being Promoted

Everyone wants to be treated fairly, and nobody likes someone who uses their power, position, or wealth to get special favors.  We’re all humans, so it irks us to see someone get preferential treatment.

If you’ve ever watched Hell’s Kitchen you see this every season.  Gordon Ramsey announces that there is a “VIP diner” for that evening, generally referring to some celebrity or rich business mogul.  Because they are a “VIP,” they need to be given extra care to make sure their food is perfectly prepared.  But what makes that person somehow more important than the average customer?  Why are they special?  Because they will likely spend more money, that’s why.

Now, to be fair, Ramsey obsessively ensures every diner’s food is cooked correctly and that no plate leaves the pass that isn’t perfect.  However, his designation of “VIP” is typical behavior in business and, sadly, many churches.

Partiality in Business (even Christian Business)

Whether you own a secular business, Christian business, or Christian-operated business (a secular business expressly operated according to Christian principles), it is about profit.  That’s not inherently bad because without profit, the business goes out of business.  But the truth is, businesses are started for the purpose of making money; what is done with that profit is a different issue.

Everything is geared toward increasing revenue, and everything is tracked.  You look at the number of customers per day, the average ticket price, the percentage of people entering your store who made a purchase (aka, conversion rate), and more.  Additionally, customer service is constantly evaluated, but even that is about driving up sales.

Now, I’m sure there are some who would say, “That’s not true of Christian businesses! They are ministry-driven, not profit-driven.”  Oh, really?  If they are ministry-driven, then they should operate like a ministry by giving stuff away and asking for donations.  However, if it’s about selling more and everything is done to increase sales, then the business is profit-driven, and there’s nothing wrong with that.  Again, what’s done with the profit (support ministry, personal financial gain, etc.) is another issue.

I fully understand this mentality; there’s a pragmatism to it.  However, this philosophy often leads to giving special, preferential treatment to big spenders.  The more you spend, the better you’re treated.  Sometimes, policies are bent or even abandoned just to please those big-spenders, whereas the regular customers are stuck living within those policies.

[bctt tweet=”Nobody’s earned the right to be treated as more important or special. Nobody is better than anyone else.” username=”jrothra”]

I’ve seen it many times in all sorts of businesses, Christian and non-Christian alike: fees are waived, refund policies disregarded, and other types of favoritism are given to someone because they are a regular customer.  This behavior, though, says to everyone else, “They are more important than you.”  Is that the message we want to convey?

However, this practice is not limited to businesses.  Churches also succumb to showing partiality.

Unlike businesses, where favoritism is rooted in money, partiality in churches comes in multiple forms.  Regardless of how it is expressed, though, favoritism is favoritism.

Sometimes favoritism is shown based on longevity.  The church staff may decide to abide by one member’s wishes simply because that person has been there the longest.  Or when during a discussion, a newer member’s opinion is disregarded in favor of the one or ones who have been at the church longer, simply because of their longevity.  Whatever the situation, when a person is given greater importance than other based on how long they’ve been at the church, that is partiality based on longevity.

Another basis for showing partiality is politics (yes, every church deals with politics).  When I was attending seminary, multiple professors offered this sage advice: discover who the power brokers are and make them your best friends.  While pragmatic, it also promotes favoritism.  In many (if not all) churches — especially small to medium churches — there are a few people who hold the greatest influence.  For whatever reason — family history, financial contributions, or something else — a small group of individuals exert the greatest power in the church.  As a result, their opinions and thoughts are given greater importance.  In other words, they matter more than others.  That is partiality based on politics.

The other leading reason someone receives favoritism is finances.  Those who tithe the most have the most say.  How many times has a church made a decision simply to avoid losing the biggest tithers?  Even if the decision is the right one, those who donate the most are given greater importance simply because of their money.  Besides, it’s better to lose a few small donors than a few big donors, right?  While there is a logic to this, it is partiality based on finances.

Regardless of the reason — longevity, politics, or finances — showing favoritism to one church member (or group) over another says that some people matter more than others.  It says some opinions are valued, others are not; some people are expendable, others are not.  If a newer member, smaller donor, or even the pastor dares cross that special person or preferred group, then they are eschewed from the church or, if they are staff, fired.

Favoritism exists in businesses and churches.  The question is, though, what should we do about it?  Is it wrong?  Haven’t people earned the right to special treatment?

Partiality is Wrong both in Business and Church

We can try to justify it however we want, but giving preferential treatment to someone because they are seen as somehow more important is wrong.  James writes specifically about this:

My brethren, do not hold your faith in our glorious Lord Jesus Christ with an attitude of personal favoritism.  For if a man comes into your assembly with a gold ring and dressed in fine clothes, and there also comes in a poor man in dirty clothes, and you pay special attention to the one who is wearing the fine clothes, and say, “You sit here in a good place,” and you say to the poor man, “You stand over there, or sit down by my footstool,” have you not made distinctions among yourselves, and become judges with evil motives?  Listen, my beloved brethren: did not God choose the poor of this world to be rich in faith and heirs of the kingdom which He promised to those who love Him?  But you have dishonored the poor man.  Is it not the rich who oppress you and personally drag you into court?  Do they not blaspheme the fair name by which you have been called?

If, however, you are fulfilling the royal law according to the Scripture, “You shall love your neighbor as yourself,” you are doing well.  But if you show partiality, you are committing sin and are convicted by the law as transgressors.  For whoever keeps the whole law and yet stumbles in one point, he has become guilty of all.

Let me paraphrase: showing partiality is a sin!

Whether in one’s business or in church, treating someone differently is a sin.  When we try to justify it, we are wrong.

As I’ve said repeatedly, there is a pragmatism to giving preferential treatment to some.  However, pragmatism is not the standard.  We are called to treat everyone equally.

In business, we should treat every customer the same regardless of how much they spend.  The policies should be applied equally to all, else you are guilty of saying to some customers, “Come, sit in this good place,” and to others, “You, go stand over there.”

Nobody has earned the right to be treated as somehow more important or special.  Nobody is better than anyone else.  Yet, when we show favoritism, we are saying that some have greater value than others, that some matter more than others.  This is wrong.  As James put it, “if you show partiality, you are committing sin.”

No ifs, ands, or buts about it, partiality is sin, no matter how we dress it up or justify it. 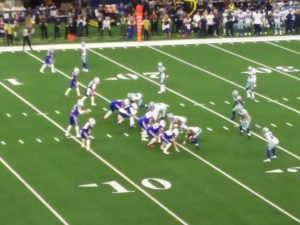 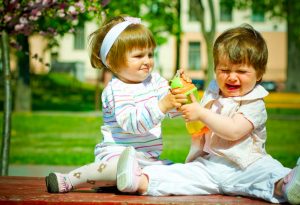 When Adults are Merely Big Toddlers 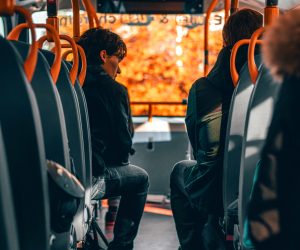