Staying Humble: Keeping Our Pride, Narcissism, and Egos in Check

Today we live in a social media, selfie-addicted society.  Our self-worth is often predicated on how many likes, shares, friends, and followers we have.

Studies show that this “look at me” mentality can lead to greater levels of narcissism, vanity, and self-objectification.  However, this is not a new problem.

Paul struggled with ego, pride, and narcissism in his day.  In today’s passage, we’ll see that God and Paul were concerned about this in Paul’s own heart, God offered Paul a cure, and that God also comforted Paul.

7 So to keep me from becoming conceited because of the surpassing greatness of the revelations, a thorn was given me in the flesh, a messenger of Satan to harass me, to keep me from becoming conceited. 8 Three times I pleaded with the Lord about this, that it should leave me. 9 But he said to me, “My grace is sufficient for you, for my power is made perfect in weakness.” Therefore I will boast all the more gladly of my weaknesses, so that the power of Christ may rest upon me. 10 For the sake of Christ, then, I am content with weaknesses, insults, hardships, persecutions, and calamities. For when I am weak, then I am strong.

The Concern: Over-Inflated Ego and Narcissism

In the first part of verse 7, Paul indicates the concern he and God had: Paul could become conceited.  He also stated that the reason he could become prideful is the “greatness of the revelations.”  That is, what God taught Paul and Paul’s calling as both a missionary and, as we later discovered, a primary author of the New Testament.

Paul would have been justified in the eyes of many to have an ego.  He was a highly educated Jew, probably holding the equivalent of a PhD.  He was also devout Jew who followed the Law.  More than all that, Paul could have viewed his special calling as placing him above all other believers, second only to Jesus himself (a pedestal many Christians today seem to place Paul on).

However, pride is a sin.  Narcissism is a sin.  Paul didn’t want to become conceited, and God wanted to help Paul not fall into this sin.  So, God gave him a cure.

The Cure: A Reminder to Keep Paul Humble

Now, that’s a curious, if not outright strange, cure.  However, it was what Paul needed.

What was this thorn?  Paul never says.  It could have been physical, psychological, mental, or something else.  Regardless, God sent it to serve as a constant reminder that Paul wasn’t all that.  God sent it to keep Paul humble – and it worked!

However, God didn’t stop there.  Although God sent the thorn, he also gave Paul comfort.

The Comfort: God will Use This for His Kingdom

In verses 8-10, we see that God comforted Paul by telling him that (1) God would get Paul through it all and (2) this would all be used for evangelistic, kingdom-growing ministry.

This thorn, whatever it was, reminded Paul of his weaknesses.  It reminded him of his limits.  It also reminded him of his need to depend on Christ.  As God told him, although Paul was weak, God was and still is strong.  Thus, God will get Paul through the hard times and struggles.

Furthermore, Paul wrote that he would “boast” about God’s strength in the midst of his human weaknesses (v. 9), and that all this was “for the sake of Christ” (v. 10).  In other words, Paul’s thorn would be used to proclaim God’s grace, to share the gospel, and promote God’s goodness.

So, what does this mean for us?

Thanks to social media and selfies, it’s easy to be prideful, self-absorbed, and have a distorted sense of reality.  We can easily become narcissistic, seeing ourselves as more than we really are.

God opposes the proud, but strengthens the humble (cf. James 4:6).  To help us combat pride, God often sends us thorns to serve as reminders that we’re not all that.  They also should remind us how much we need to trust in Jesus.

What is your thorn?  For some it’s a physical impediment or handicap.  For others, it’s a mental, emotional, or psychological struggle.  Whatever it may be, let it be used by God to draw you closer to him.  Let God’s strength flow through you in your weakness.

As you draw closer to God and are strengthened by his grace, tell others what God has done and is doing in your life.  Tell others about your thorn and how God is using it for his glory and your growth.

Life can be tough.  However, our God is tougher!  Trust him.  Follow him.  Proclaim him.

How is God using your thorn in your life?  Comment below. 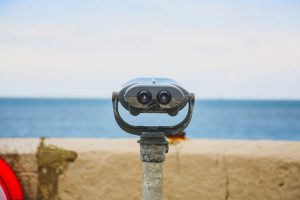 Seeing through the eyes of God 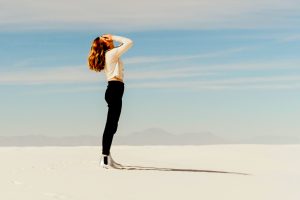 Look up when things look down 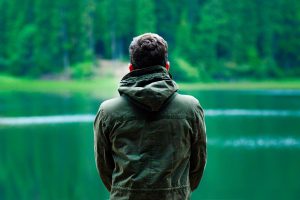