Ever pay attention to some of the news “alerts” and top stories on nearly every major news network, including my favorite, Fox News? For example, these articles made the front page of the news organization’s websites:

Many stories like these are treated as major stories, yet the events they describe have never changed the world nor impacted any viewer’s life in a significant way. The air didn’t turn into harmful gas, people aren’t going to die from these events, no diseases are being healed, and most importantly, people aren’t being saved. The fact that actors, politicians, and sports teams do something rarely changes the world. Put simply, these “news” stories aren’t really news.

Depsite the newsworthlessness of these stories, people seem to find them of grave importance. At the time I write this, some of the most popular articles on these sites, as stated on the sites, include “Subway Runs Past McDonald’s Chain” (WSJ), “Charlie Sheen debuts live web show” (CBS News), and “Jen Aniston Pokes Fun at Viral Videos With Smart Water ‘Sex Tape’” (Fox News). Americans, if not people all over the world, are fascinated less by news that matters and more by gossip that rouses. But that would explain the astounding success of such gossip “entertainment news” organizations as TMZ, People Magazine, Cosmopolitan, and Entertainment Tonight.

I’m not here to lambaste or condemn anyone for reading these types of articles. I do, however, criticize the idea that they are major “news” stories. Today, news is less about what impacts the world and changes individual lives and more about what’s the latest buzz and hottest gossip. How many reporters focus more on getting the news first than they do on getting the news right — or even getting the news at all? Paparazzi stalk people just to make a quick buck, and news agencies report the gossip as a “news alert” (I’ve even seen Fox News interrupt a legitimate news story with an “alert” about Charlie Sheen’s latest rant).

I’m also not here to criticize the news organizations nor critique their choice of what is and isn’t newsworthy. I do, however, want to talk about something that is newsworthy, yet hardly ever mentioned on any of these networks during a major broadcast. In fact, I can recall it being discussed earnestly only once on any of these networks. There is a news story that, if you let it, can change your life. It’s not about a new disease cure. It’s not about politics. It’s not even about a current event.

There is a news story that is so powerful, so impactful, that it must be shared, yet many fail to talk about it. It’s about history; a historical event that, once understood, can alter how you view the world. It affects how you perceive current events and the future. It changes how you see your friends and loved ones. It can improve your quality of life by giving peace amidst strife. Yet no major news program has created a “news alert” or “breaking news” report about it.

Evidence has found that a couple millennia ago, authorities arrested a man and tried him in a rigged trial: his sentence was decided by the judge before the arrest itself was authorized. Ultimately innocent of all charges, this person was accused of crimes against his nation, his own people, and possibly even against humanity. One of the judges declared his innocence, yet the court gallery wouldn’t hear of it: mob rule was coming to the forefront. History shows that despite one judge’s declaration of the man’s innocence, it was that same judge who issued the defendant’s death sentence.

But it was no ordinary death. While others were taken out and killed, this man was first viciously beaten. He then was forced to undergo torturous physical activity. Then, while being hanged for crimes he did not commit, the guards went to beat him again, hoping to accelerate his death. However, this man was already dead, having died after only a few short hours.

To many, death might have seemed for this man a welcome escape from the torture and brutality that makes Guantanamo look like a luxury resort. His death, though, wasn’t to bring about his peace or to find freedom from his agony or his tortures. In fact, the greatest discovery of this unreported story came days later.

The government ordered that the gravesite be placed under military guard due to possible grave robbers or other unwanted activity. They wanted to make sure the body of this man, accused of heinous crimes, remained buried. A few days after the death, family and friends came to visit the site of their buried loved one. But they were shocked and terrified by what they saw that morning: the body of their loved one was gone! Had the military removed it? Did the local authorities tamper with it? A mystery had arisen: where was the body!

Though some today still dispute it despite the thousands upon thousands of witnesses, history shows that this man who was brutalized, tortured, and killed for crimes of which he was declared innocent did the impossible. This man came back to life! Unlike David Blaine and Criss Angel, this was no illusion. As stated, many thousands saw the risen body of this man. People touched him and ate with him. Those who saw him die also saw him live.

Can’t believe that? Don’t worry, even Jesus’ closest friends, Peter and John, didn’t believe at first. The other nine disciples also rejected the news when they first heard the report. But lack of belief in something doesn’t make it untrue. People deny the Holocaust, yet it is a historical fact, no less true than the death and resurrection of Jesus.

Jesus willingly came to this world, put aside his glory, and laid down his life on that cross. He did this not for his own peace and freedom, but to bring peace between God and man and freedom to all who believe. Jesus died to pay the penalty for a crime. Not his own crime, but man’s crime against God. Every one of us have sinned. We all stand guilty of that crime. Even the littlest of sins makes us guilty. God stated up front, telling Adam and Eve that the penalty for sin is death. We all live on death row.

But the penalty is more than you or I can pay. Jesus came down from heaven and died to pay the death penalty no mere man can. Three days later he rose from death, defeating it, and granting eternal life.

As I said earlier, this news story isn’t told in the media. It’s not “newsworthy” I suppose. But even sadder, it’s not told by Jesus’ followers much, either. I stated earlier that this story, if you let it, can change your life. Jesus can and will change your life — forgive your sins, give you peace with God, and grant you eternal life — if you put your faith in Christ alone. Only the blood of the Savior can pay for your sin. The choice is yours: Will you accept Jesus today, or will you ignore the Spirit’s call in order to read the latest about Charlie Sheen? 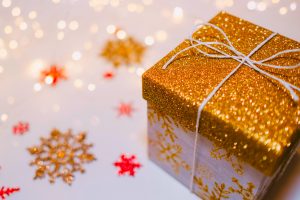 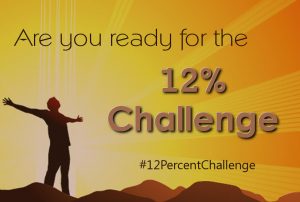 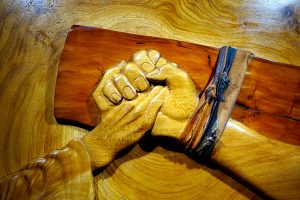