Thoughts on Revelation 17: What is Your Heart's Desire?

One of the most difficult parts of teaching the book of Revelation is the wide variety of opinions and interpretations. People hold multiple views of the end times and John’s apocalyptic letter, often leading to debate and controversy. Are the details literal or symbolic? Will the church be there or gone?

As a pastor, I try to present the material in a manner that, while it does favor a certain perspective, it does not disrespect other views. I try to focus on the larger themes (Christ’s victory, judgment of sin, etc.) throughout the study. This is one of the major reasons for closing each installment with a “What it Means for Us Today” section.

As I prepared the most recent part, “Judgment of Babylon (17:1-18),” I realized that the identity of the woman, her name, and her specific role in the future are subjects of great debate, even within popular English translations. But something stood out: the woman, like the beast, is defeated by Christ! This is the theme of chapter 17.

While I understand the woman to be the world’s systems, especially economic systems, some see her as a specific individual city. Either way, she represents worldly material gain. As I thought about her outer garments and the cup she holds, I found that they indicate the same message: she looks good on the surface, but she is full of sin! To obtain her wealth, she requires participating in that sin.

The question before John in this vision is not a matter of what one possesses, but what one would do to obtain or keep those possessions. Desiring a new vehicle is not in and of itself a sin. Wanting that new vehicle more than you want Christ is a sin. Being willing to lie, cheat, or steal to obtain that vehicle is a sin.

The woman in chapter 17 uses material gain to lure the world to her fornications, idolatry, and spiritual adultery. She uses it lead people away from Christ. In chapter 17, Jesus is asking us, “what is your heart’s desire?”

Ask yourself that question and write down the first three things that comes to your mind. Where does Jesus show up on the list? First, second, third? Is he listed at all?

As Jesus told his disciples, “seek first the kingdom of God” (Matt 6:33). God commands us to love him first and above all things (Deut 6:5). Jesus warned us that as believers, we must be willing to lose everything, even our very lives, to follow him (Mark 8:24-28). This same message is the one John wrote about in his first letter and the same one he sees in the vision of the woman’s judgment in Revelation 17.

I leave you with this question: What is your heart’s desire? 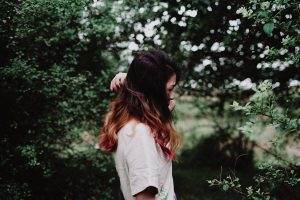 Three Steps to Help us When We Doubt 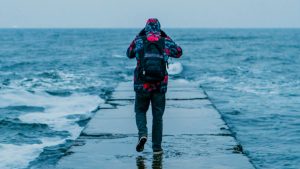 3 Things Christians Sometimes Forget about Being a Christian 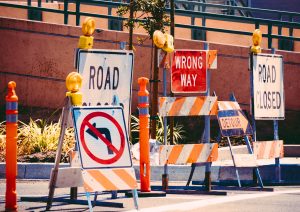 How to Respond when God or Life Gives us Detours