We May Look Good but We May Not Be Good

A family walks into the church foyer.  Everyone is smiling.  The father’s wearing a three-piece suit.  His wife has on a lovely business suit.  The two kids are in a tie and a dress.  Each one has their Bible with them.  What a good, Christian family.

Or so it seems.

Are they truly faithful followers, or are they fake Christians?  Or as Kyle Idleman put it, are they fans or followers?

As I read these eleven verses in 2 Corinthians, this idea of fake versus authentic Christianity came to mind.  I had to ask myself: am I being honest or putting on a show?

11 Therefore, knowing the fear of the Lord, we persuade others. But what we are is known to God, and I hope it is known also to your conscience. 12 We are not commending ourselves to you again but giving you cause to boast about us, so that you may be able to answer those who boast about outward appearance and not about what is in the heart. 13 For if we are beside ourselves, it is for God; if we are in our right mind, it is for you. 14 For the love of Christ controls us, because we have concluded this: that one has died for all, therefore all have died; 15 and he died for all, that those who live might no longer live for themselves but for him who for their sake died and was raised.

16 From now on, therefore, we regard no one according to the flesh. Even though we once regarded Christ according to the flesh, we regard him thus no longer. 17 Therefore, if anyone is in Christ, he is a new creation.The old has passed away; behold, the new has come. 18 All this is from God, who through Christ reconciled us to himself and gave us the ministry of reconciliation; 19 that is, in Christ God was reconciling the world to himself, not counting their trespasses against them, and entrusting to us the message of reconciliation. 20 Therefore, we are ambassadors for Christ, God making his appeal through us. We implore you on behalf of Christ, be reconciled to God. 21 For our sake he made him to be sin who knew no sin, so that in him we might become the righteousness of God.

This type of fake Christianity can is often expressed in three ways: physical appearance, our attitudes, and our religious rituals.

Looking Good does not mean Being Good

When we go to church, especially on Easter, many put on their “Sunday Best.”  You have to make sure you look good when you go to church.  It’s about putting our best before God.

Sadly, it seems that, when we really dig into things, it’s less about giving God our best and more about looking our best in front of others.  People often want to make sure they look like good Christians.

This problem isn’t limited to fashion.  Fake Christianity can also be seen in our attitudes.

Acting Good does not mean Being Good

Look back at the family I described in the beginning.  They were all smiles!  They must be so full of the joy of the Lord that they have no worries or cares.

The father may be struggling with depression, his wife could be mentally overwhelmed, and the kids could be indifferent to the idea of God.  But they won’t dare show it.  Why?  Because good Christians are happy Christians.  They have joy.  Depression, sorrow, worry, and struggles with faith are of the devil.

I’ve been to too many churches where expressing anything other than joy, happiness, and smiles was discouraged.  People were expected to have the right Christian attitude, or at the very least, exhibit one.  Otherwise, they couldn’t be good Christians.

Fake Christianity doesn’t merely show up in our appearance and our attitudes, it also shows up in our rules and rituals.

Being Religious does not mean Being Good

This is probably the most pervasive and dangerous way fake Christianity takes hold: regulating and ritualizing faith.

From the times of Jesus (and before), religious leaders have tried to make people good by making them follow the correct routines and obeying the correct rules.

The idea is that a good Christian obeys God. While that is true, it’s ultimately based on the foundation of earning God’s favor by doing the right things. It’s works that lead to faith not faith that leads to works.

Jesus condemned this faulty approach, yet many Christians continue to promote it. People say do this, don’t do that, because a good Christian follows this and that rule.

When it comes to worship, people advocate one type of worship over the other because they deem it more righteous.

In the end, when we try to regulate people to make them good or expect them to go through the right rituals, we’re ultimately encouraging a fake Christianity.  We’re expecting people to act righteous rather than be righteous.

When we worry more about looking good than being good, then we’re putting on a fake Christianity.

When we put on a fake Christianity, we’re basing our relationship with God on our works.

Look again at what Paul wrote: “All this is from God, who through Christ reconciled us” and “in Christ God was reconciling the world to himself.”  Our relationship with God, including our standing as being righteous, is not based on what we do or how we look.  Rather, it’s based on Christ.

Picture a beach ball.  It’s bright, colorful, and vibrant on the outside.  However, on the inside it’s empty.  When we spend more time trying to look good  than we do trying to be good in Christ, we become an inflated beach ball.

We need to ask ourselves: are we more focused on how we look on the outside or on our relationship with Christ? 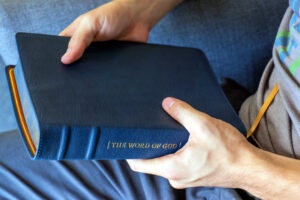 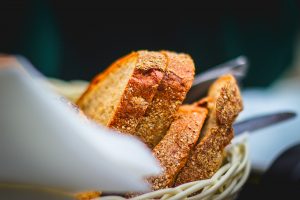 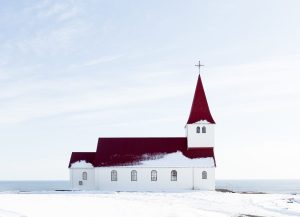 Why You Should Stop Attending Church and Do This Instead

Read More »
John L. Rothra 30 October 2016 No Comments
PrevPreviousA Look at Two Ways to Live Life: Our Way or God’s Way
NextIt’s Time for the SBC and All Christians to Honestly Look WithinNext