Yesterday evening, I turned on the computer, opened up the web browser, and it opened the default home page of FoxNews.com. One of the stories that caught my eye was about a church in the Charlotte, North Carolina area that will initiate a controversial outreach methodology. The story explains that the pastor of a “nontraditional church,” referring to its practice of encouraging casual dress and consuming coffee and donuts during services, will pass out shot glasses in local bars. These shot glasses will ask people to “give us a shot” and contain the slogan “Real church for real people.” No mention of presenting the gospel message is listed in the article.

Many Baptists oppose the drinking of alcohol; many even condemn or forbid entering bars or other venues that serve alcoholic beverages. As such, it would not be unexpected for them to condemn this pastor or others who enter bars for the purpose of bringing people to Christ. Some questions that may be asked include:

As a minister and seminary graduate, I can appreciate these questions. However, I believe these questions avoid the primary question: Is the pastor trying to fill pews or share the gospel? In other words, does he want them to come to his church then learn about Christ, or come to Christ then learn about his church? Nevertheless, before I address this question, I will respond to the three questions posed above.

Each of the three questions above, which I will refer to as “skeptics questions,” stem from a two premise paradigm. The first premise is ministers must avoid the appearance of evil (1 Thess 5:22). It teaches that if a believer associates with those practicing sin, then the world will believe that the minister is a practicing that sin. For example, if it walks like a duck, looks like a duck, then it must be a duck. The second premise is that a minister must not cause another to stumble (Luke 17:2; 1 Cor 8:13). Notice the use of the term “another” rather than “brother” or “brethren.” This is important and will be discussed later. It teaches that once the minister is perceived to be participating in sin, then he is no longer effective and, therefore, causes others to stumble rather than come to Christ.

Regarding associating with sinners and the appearance of evil, I’m reminded of the time when Jesus was at the home of Matthew, eating a meal with “tax collectors and sinners” (Matt 9:9-13; Mark 2:14-17). In Jesus’ society, this activity meant that he was associating himself with those around him. The Pharisees knew that Jesus was a teacher and noticed him hanging out with these sinful people. They questioned his actions based on the same basic thoughts: to associate with sinners is to defile oneself. Jesus, knowing that he was neither made unclean by his associations nor that he was participating in their sin, responded to his critics that it is the sick who need healing; the sinners need forgiveness, not the righteous. In other words, Jesus was going to those who need him. Jesus was going to the lost world in order to share his message with them. If he remained in the temple and only hung around those who did not need to hear his message, then nobody would ever be saved.

This pastor is doing the same thing: going to the lost world. He does not need to reach out only to the saved, but he must reach out to he lost, which may require him to enter places where the lost associate. Therefore, I ask the critics these questions:

Regarding the idea of causing another to stumble, this is a misunderstanding of the texts. The context of the passage in Luke shows that Jesus refers to causing another believer who is still a spiritual infant or is spiritually immature. Therefore, Jesus is calling on believers not to cause other believers to be led astray into false teachings, what he calls “stumble.”

In Paul’s letter to the Corinthian church, Paul is writing to believers about believers. In verse 13, he talks about causing a brother (adelphos) to stumble. In the preceding verse, he talks about “brethren” whose conscience is “weak,” meaning immature or lacking strength. Contextually, following the teaching of Jesus, Paul is saying it is better to change one’s behavior than cause a weak, spiritually immature, or spiritual infant to stumble.

In both passages, Jesus and Paul refer to actions that cause another believer to be led astray. In neither case do they refer to causing a non-believer to stumble. Rather, Jesus and Paul often refer to non-believers as slaves to sin, trapped by sin, and incapable of coming to God without divine intervention. Non-believers cannot stumble because they are already trapped in darkness, lost, and in need of help. However, many preachers re-read these passages to include any and all people, both saved and unsaved, despite Scripture’s teachings.

Some may say that a pastor who commits sin, or appears to commit sin, has damaged his ministry, resulting in a hampering of his ability to witness effectively. It is true that a minister who sins damages his ability to minister, especially if he is unrepentant about that sin. However, if a minister does what is right, serves God, and goes to the lost world, he is doing God’s work and need not fear rumors or speculation. Caution should always be taken, but avoiding sinners is not an answer, despite what some claim.

Now that we see that ministers must go to the lost just as Jesus went to the lost, and now that we’ve seen that believers should withhold judgment and condemnation, we return to the primary question: is this pastor trying to fill pews or share the gospel? One could speculate an answer based on the article, but that is unfair to both the pastor and his ministry. Rather, one can only use the facts provided and extrapolate a lesson from those facts.

The article does not say whether the pastor will be evangelizing as he passes out shot glasses. All we know is that people are being invited to church. Furthermore, the article does not reveal what message or messages the pastor preaches in church or whether they are evangelistic in nature. Therefore, one cannot assume the topic of his messages. The article simply states that he is passing out shot glasses, inviting people to church, and that his goal is not to impress current church goers, but to “impress people who don’t [go to church].”

Why use shot glasses and not gospel tracts? The shot glass may include a gospel tract, but only the glass attracted the attention of the journalist. Considering his audience–people at bars–it is a creative act to use shot glasses. People in bars will not be tempted to drink or invited to drink because they are already there to drink. However, they will be more likely to accept a shot glass than a piece of paper or ‘preachy Bible-thumper.’ That is not to say preachy Bible-thumpers are wrong, just that not everyone responds to them. This pastor determined what is an effective method to reach those in bars who need Christ with the message of Christ. Shot glasses with a message came to mind and, I must say, are quite creative.

What makes outreach evangelistic? How can this pastor’s outreach program become evangelistic if it is not so already? One solution is to place a gospel tract inside or around the shot glass. There are a variety of tracts that will work from ATS or Living Waters. Another solution is to intentionally share the gospel with every person to whom a shot glass is given. These two solutions seem simple and obvious, but it might surprise many how often these answers are overlooked.

The church in this article, because it has seen tremendous numerical growth, falls into one of the first two groups. Which one is unknown, but I can only pray that it is the second. Making disciples does not mean baptisms, for many get dunked yet remain unsaved. Making disciples means leading people to Christ, then training them in Scripture and Christian living, then having them do the same to others, who in turn do the same to others (see 2 Tim 2:2 for this model). 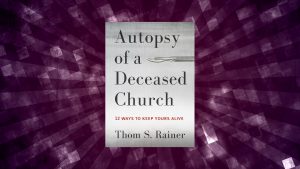 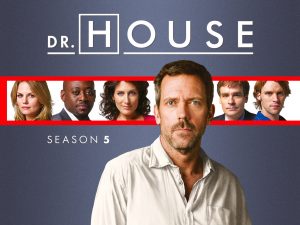 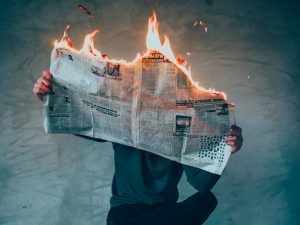