While searching for Christmas music on YouTube last year, I discovered the Christian band Theocracy.  I enjoyed their sound so I purchased their 2011 album As the World Bleeds.  One song that stood out to me (though I love them all) was “Altar To The Unknown God,” which tells the story of Paul’s experiences on Mars Hill (Acts 17:16-32).  Here’s that song (if you enjoy this type of music, otherwise, just keep reading below):

As I listened to the words of this song I started to think about Paul’s interactions with people of other faiths and philosophies.  How did he address those with whom he theologically disagreed?  Do his actions and sermon provide insight in how we should deal with people of different beliefs?  I’ll briefly look at both of those questions.

Paul’s Interaction with the People in Greece

As we read Acts 17, Paul was waiting for Silas and Timothy to arrive in Athens.  While he waited, he walked around observing the numerous idols and altars to various gods.  It’s unknown whether the ones Paul saw were in a single location or scattered around the city.  However, because Athens was home to many temples, it would have been common to see statues and altars on every corner, kind of like Starbucks today.

While observing the Greek idols, Paul noticed an altar dedicated to an “unknown god.”  For the polytheistic Greeks, this altar was to intended to honor whichever god or goddess they might have overlooked or not yet discovered.

Paul’s teachings caught the attention of two groups in particular: the Epicureans and Stoics.  Whether fascinated, curious, or offended by Paul’s message, they escorted him to the Areopagus (pictured above), where philosophers, theologians, and visitors debated and discussed their particular ideas.  This was, essentially, the Facebook and Twitter of Ancient Greece (cf. Acts 17:21).  Once there Paul discussed his theology and shared the gospel with those who would listen.

He offered no words of condemnation.

He didn’t begin by calling them false gods (although they were).

He didn’t tell the the people they were wrong for their beliefs.

Rather, Paul began where his listeners were spiritually: he began with their idols.  He acknowledged that they were religious and spiritual people, and that they had many idols to various deities.  He then turned his focus to their “unknown god.”  He said, “I found also an altar with this inscription: ‘To the unknown god.’ What therefore you worship as unknown, this I proclaim to you” (Acts 17:23, ESV).

Now, let’s pause here for a moment.  Some translations say “worship in ignorance” or “ignorantly worship,” which in English could sound like a condemnation.  However, Paul is not calling them stupid or foolish, but simply affirming that they do not know — i.e., are ignorant of — this deity.  Hence, their designation “the unknown god.”

From this launching point Paul introduced his audience to the unknown deity by revealing that he is, in fact, the one true God, and sharing the gospel with them (Acts 17:25-31, ESV):

The God who made the world and everything in it, being Lord of heaven and earth, does not live in temples made by man, nor is he served by human hands, as though he needed anything, since he himself gives to all mankind life and breath and everything.  And he made from one man every nation of mankind to live on all the face of the earth, having determined allotted periods and the boundaries of their dwelling place, that they should seek God, and perhaps feel their way toward him and find him.  Yet he is actually not far from each one of us, for

“‘In him we live and move and have our being’;

as even some of your own poets have said,

“‘For we are indeed his offspring.’

Being then God’s offspring, we ought not to think that the divine being is like gold or silver or stone, an image formed by the art and imagination of man.  The times of ignorance God overlooked, but now he commands all people everywhere to repent, because he has fixed a day on which he will judge the world in righteousness by a man whom he has appointed; and of this he has given assurance to all by raising him from the dead.

In short, Paul acknowledge their culture, found a common starting place, then introduced them to the one they did not yet know.  Throughout his encounter and sermon he remained faithful to the truth while respectful of others.  He clearly disagreed with them, but was not disagreeable.  While some were offended by Paul’s words and mocked him (Acts 17:32), others listened and even came to faith in Christ (Acts 17:34).

I believe there is much we can learn from Paul’s work in Greece, especially his interaction with their culture and their philosophers.

Lessons from Paul on Dealing with Other Beliefs and Faiths

Have you ever expressed a religious thought on social media only to be attacked or criticized?  Maybe you’ve been the attacker.  Either way, social media is ripe with conversational failures (and I’m certain all of us on social media have failed multiple times).  One creative person humorously illustrated the typical social media debate using Facebook comments.  Click the image above (or to the left) to see the full image.

Sadly, that image is more true than not when it comes to dialogue and supposed conversation on social media.  This antagonistic approach to debate even permeates our offline debates as well.  If you disagree with someone else, then they are wrong!

Religious discourse today seems to have adopted this “I’m right, you’re an idiot” style, though often couched in more civil or academic terms.  Oh, how much we have to learn from Paul.

I believe there are four lessons we can — no, we must — learn from Paul’s activities and interactions in Athens.

Lesson 1: Respect the other person or persons.

People have different opinions, worldviews, and theologies.  Whether talking to someone of a different denomination, a different theological paradigm (e.g., the Calvinism debate), or a completely different religion, always respect that person.  Whatever their beliefs, that person is made by God in his image.  Never presume how they came to their views — ask them.  Never assume what they believe or don’t believe — ask them.  Furthermore, don’t condemn them for views.  Allow them to say what they believe and why they believe it.  Do not judge them, and do not have a knee-jerk reaction to their statements.  If you want them to respect your views, respect theirs.  If you want to be free to express your views, allow them to freely express theirs.

One can always find something in common with the other person.  A Christian and and atheist may disagree on everything related to God, but they both agree that man exists, that morals exist, and that humans have the capacity to do good things.  Start there.  If you want to share the gospel with that person, find some sort of starting point, some sort of commonality you share.  For Paul it was the Greek’s unknown god.  They didn’t know him; Paul did.

Lesson 3: Build on that common ground.

Once that common ground is found, use that as your starting place for talking about God.  Paul said, “You don’t know this God and I do, so let me tell you about him.”  Talk about that common ground and how God and the gospel relate to it.  The other person may disagree, but that’s okay.  If they express disagreement, respect that (see lesson 1 above).

Lesson 4: Share the truth of the gospel of Jesus.

Paul didn’t water down the truth nor did he try to fit the gospel into the Greek polytheistic religion.  Rather, he boldly spoke the truth to his audience.  Likewise, we should not shy away from sharing the biblical gospel, but should allow the Holy Spirit to speak through us as we tell others about the risen Christ Jesus.

Nobody’s perfect.  We’ve all done or said something that’s offended or angered others.  When it comes to engaging those with differing beliefs, we’ve all been guilty of attacking the person, even if unintentionally, rather than loving them.  I believe these four lessons from Paul’s time and encounter in Athens can help us all start moving in the right direction. 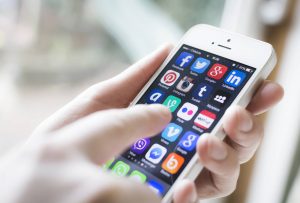 Quality Apps for Personal Evangelism (can be used with 1X Evangelism) 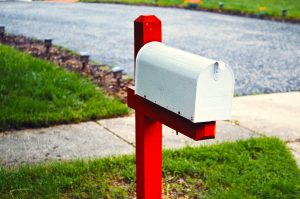 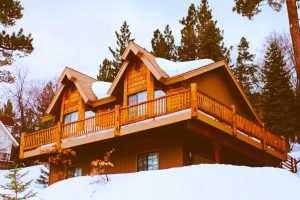